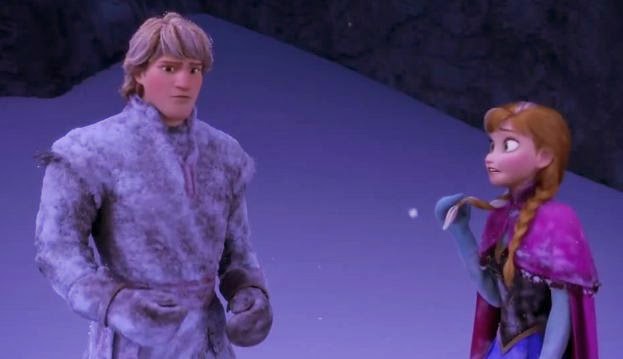 While Frozen is super popular, many have noted that it's not a whole lot like the classic story The Snow Queen for which it was suppose to be based on. Like The Lion King, many think the true inspiration for the movie came from a Japanese anime, and for Frozen's case that anime is called Saint Seiya. But a woman in Peru named Isabella Tanikumi is taking the case to court that Frozen is based on her life story. But unless she or her sister has the power to create massive blizzards in summertime, I really doubt she'd win. Unless she can get the magic talking snowman Olaf to be a witness.
Posted by Adam at 12:00 PM

Email ThisBlogThis!Share to TwitterShare to FacebookShare to Pinterest
Labels: disney

Love that story, but doubt it is a true one... although that would be cool to see Olaf in real life :)
~Pau
www.lilbitsofchic.com

Seems people will do anything to make a buck.

I loved Frozen but I never thought it was based on "The snow queen". As for the Japanese anime I watched Saint Seiya when I was a child and I loved it. My favourite was dragon knight. Kisses:)

everybody needs an Olaf!

I'd pay her good money if she could conjure up an Olaf as a witness!