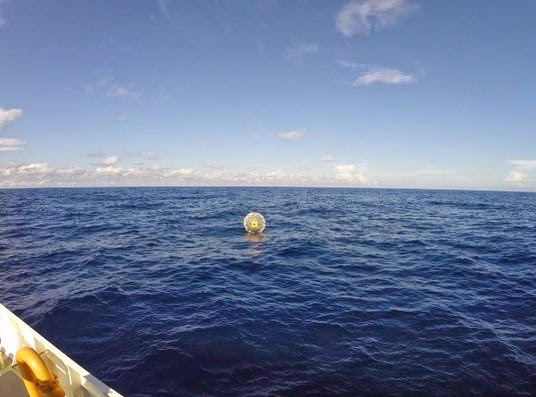 Yesterday the Coast Guard rescued a man in a "hydropod" after he suffered from what I figure would be extreme fatigue. The man was Reza Baluchi, and he used his hydropod to try to run from Florida to Bermuda. While he is a marathon runner, I have to say I doubt anyone could safely make that journey. Perhaps a large lake would of been a smarter and by far safer idea.
Posted by Adam at 7:24 PM

Email ThisBlogThis!Share to TwitterShare to FacebookShare to Pinterest
Labels: Florida

I saw this one the news the other night.

Having been in those waters in a small boat I must agree with you, Adam. I hear he got lost too.

Wow. He certainly took a huge risk. Thank goodness he was rescued.

Poor guy. I bet he was in a panic when he was rescued.

He is lucky to have been rescued.

Not the brightest move

Had that contraption sunk a bit it would have looked like he'd been eaten by a giant jellyfish. He's a lucky man.

What was he thinking? No waves? Did it burst his bubble?