Fact of the Day: Democratic Hawaii 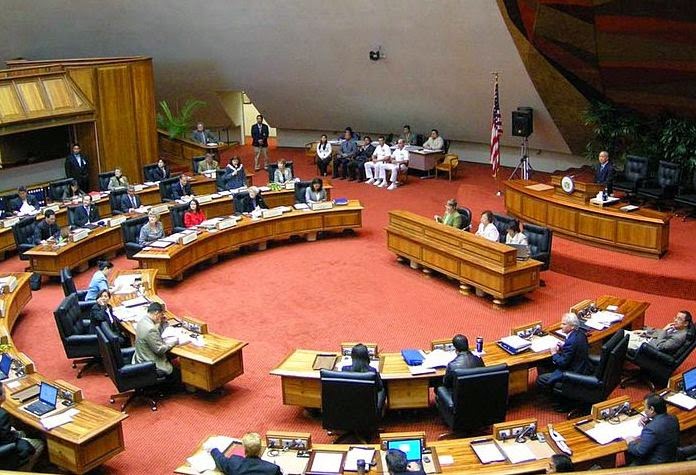 While most states no matter how "blue" or "red" they typically vote will have some opposition from the other party in the State House. However Democrats do so well in Hawaii, that there are less than ten Republicans in the Legislature. The State Senate only has one Republican, Sam Slom who is automatically the Minority Leader.
Posted by Adam at 12:00 AM

Be interesting to see how it pans out. I guess we may hear about it down here.

That is interesting. I bet they don't have an many fights.

That is quite interesting. Sounds like most of the residents are on the same page.

No wonder it is so relaxed there

no big difference for us in the rest of the world, both Republicans and Democrats like to brutally invade, butcher and bomb other countries....

Sounds like here in Alberta, except we go the opposite way. The overwhelming number of our sitting legislature members belong to right-wing parties and there's only a teeny-tiny handful of liberal members.

I imagine him sitting in his office, quietly eating lunch by himself, watching with envy as all of the Democrats go out to lunch while laughing and sharing all kinds of inside jokes he only wishes he understood.

I knew the State leaned Democratic, but I didn't know it leaned that hard.

That's because... they're all politicians.

Hawaii is the Best State in America Washington Post