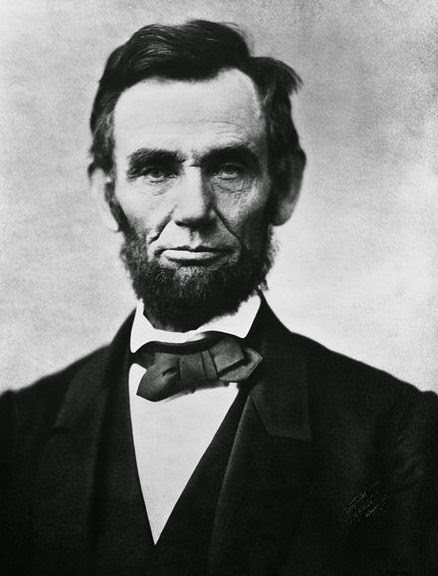 Ever since his death, Abe Lincoln's ghost has been "seen" in the White House numerous times. Eleanor Roosevelt said she could feel his presence often, and Theodore Roosevelt claims to have seen his ghost without a doubt. British Prime Minister Winston Churchill says he saw Lincoln's ghost before getting dressed after a bath. Churchill apparently took the encounter rather comically by saying "Good evening, Mr. President. You seem to have me at a disadvantage."
Posted by Adam at 12:00 AM

I hope his is still there !

I read that Churchill spent a lot of time in the bathtub and that he would call in his secretary and do dictation while lolly gagging in the tub. Ha
Abe should go on and stop being earth-bound.

I wonder is the ghost seen today.

Churchill always was quick with a quip, they say! This would make a great Halloween movie :)

I din't know that. Interesting though.

always some loonies and monsters in the White House

wow! I haven't heard about this and I have seen many films inspired this ex- president. Kisses:)

Too bad he can't throw some people out of it

If Scooby Doo has taught me anything, I bet he's just trying to lead them on a wacky adventure to find his buried treasure.

I don't believe in ghosts, but I do enjoy a good ghost story.

I love this story !

Well, at least it's one of the better presidents who haunt the place.