Fact of the Day: Modern Witchcraft 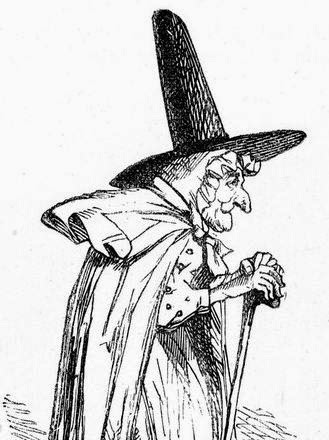 While intelligent people in the modern day know that magic is pure myth, there are still plenty of people on present-day Earth that think witchcraft is real. Even to the point where they influence governments to make punishments for "witchcraft". For example, a woman named Fawza Falih was sentenced to capital punishment in 2006 for "sorcery" in Saudi Arabia.
Posted by Adam at 12:00 AM

I can't believe that somoneone was murdered like this, i am soeachless...

It's hard to believe that in this day there are parts of the world that are still so backwards and are living pretty much like cavemen or just have their heads under a rock and have no idea what things could really be like because they are still living in the past.

I had heard that about Saudi Arabia. Many countries have those weird ideas in one form or other.

Well, that part of the world IS on a three century delay.

I didn't know that magic is pure myth, so what does that say about my intelligence?

Sheesh...shouldn't we be over this by now?

I think witchcraft is a very interesting theme and like Blue Grumpster above, I don't necessarily believe it is pure myth :) Thanks for your comment on my blog Adam!

Amazing!!this is another proof to believe that these type of countries still live in the middle ages. Kisses:)

Interesting how some countries in the Middle East want all of the luxuries and benefits of Western Culture while still denying the freedoms and the cultural gains of the West.