Fact of the Day: Round Earth 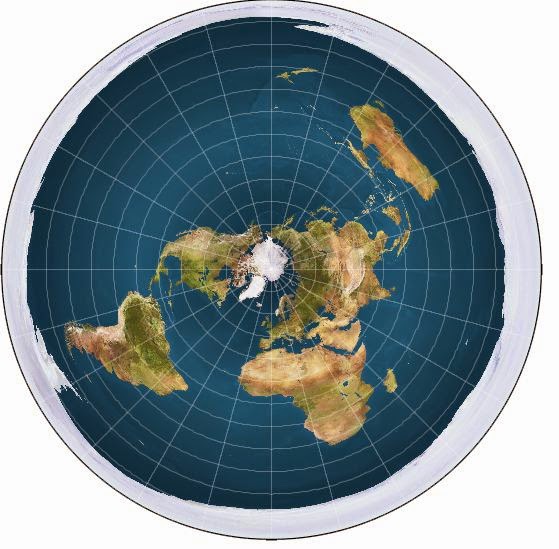 For many years, most of the world's civilizations had believed the earth was flat. It wasn't until the classical period in Greece that many great minds like Aristotle thought to figure out that the world was more like a sphere. It took many centuries for most of the world to accept the fact that the Earth was not flat. A woman named Elizabeth Blount created a flat earth organization in the 19th century  which objected to a spherical globe as she found it contradictory to the Bible with passages like Daniel 4:10-11 and Isaiah 11:12. She firmly thought one could not be a Christian, and believe that the earth was round.
Posted by Adam at 12:00 AM

Email ThisBlogThis!Share to TwitterShare to FacebookShare to Pinterest
Labels: Christianity, england, fact of the day

wow this is interesting.

That's the problem with the hardcore believers - even if something is presented to them with facts as hard as they can be, they will still believe whatever they want to...

It is another vision...different and mistaken as the flat one. Kisses:)

It's hard to imagine now that people actually thought the Earth was flat, but I guess, at the time, without the technology that we have now, it's understandable. Those darn believers, though....:D

Some republicans still believe the earth is flat.

It is not uncommon to have a biblical background.
xx

Amazing that how people thought back then, but can understand that.

Some still believe it

But if the earth is round, how is my house not just sliding all over the place?

Interesting! It is still strange that the earth is round. How is it possible :-p

It amazes me that with so much proof from modern technology, people can still believe that the earth is flat. ??? How?

I love this fact...bless her heart...she believed what she believed....guess she died thinking it was flat.