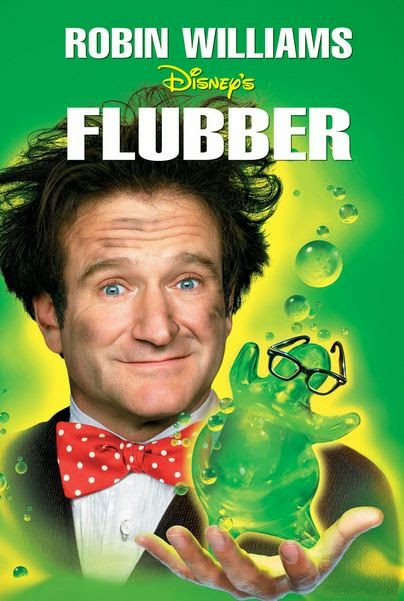 Ever since Robin Williams passed away in August, I've taken the interest in seeing his movies that I had missed before. Flubber was one of them, but I do remember when it came out in 1997. It seemed rather stupid to me when I was 9, but at least it has Robin Williams. I also recently discovered that it was a remake of another Disney movie The Absent-Minded Professor from 1961. 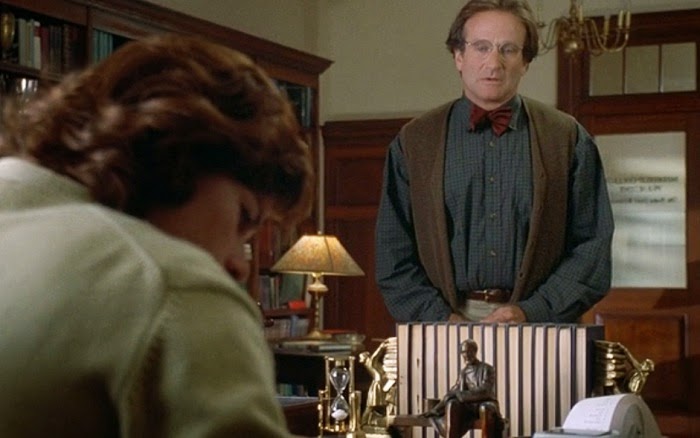 The story begins with Professor Philip Brainard at work at doing scientific experiments and teaching a college class as well. Nobody doubts his genius, but his weakness is his ability to forget everything. He's showed up to teach the wrong class, and almost didn't realize it was a class about art. He's so forgetful that he's forgotten to show up to his own wedding, twice. 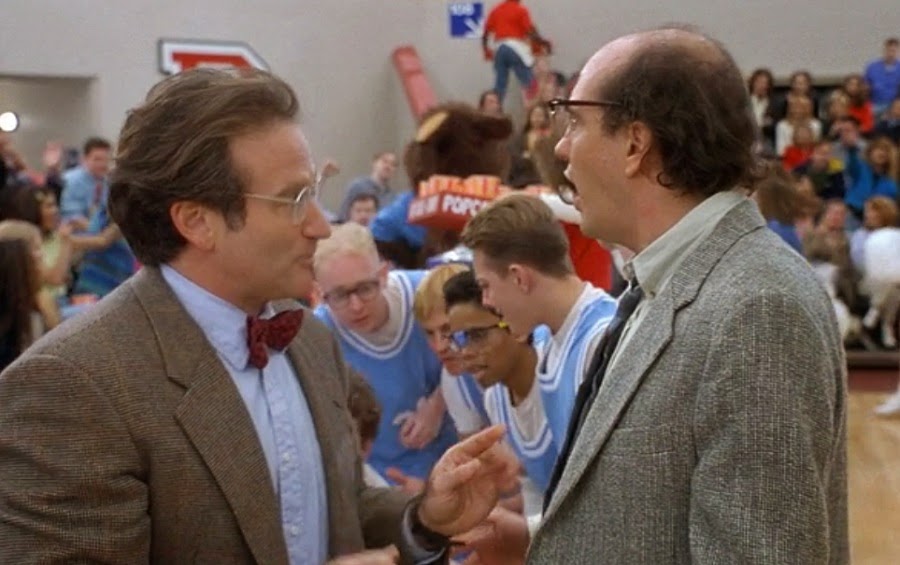 He creates a new material called Flubber which is almost a new life-form. It also has the potential for many new inventions and uses. One of which is helping turn a pathetic basketball team into all-star players by using his invention to increase their speed and jump ability with their shoes. He hopes that his invention can save his crumbling relationship with his fiancee Sara, and prevent the college from closing its doors. 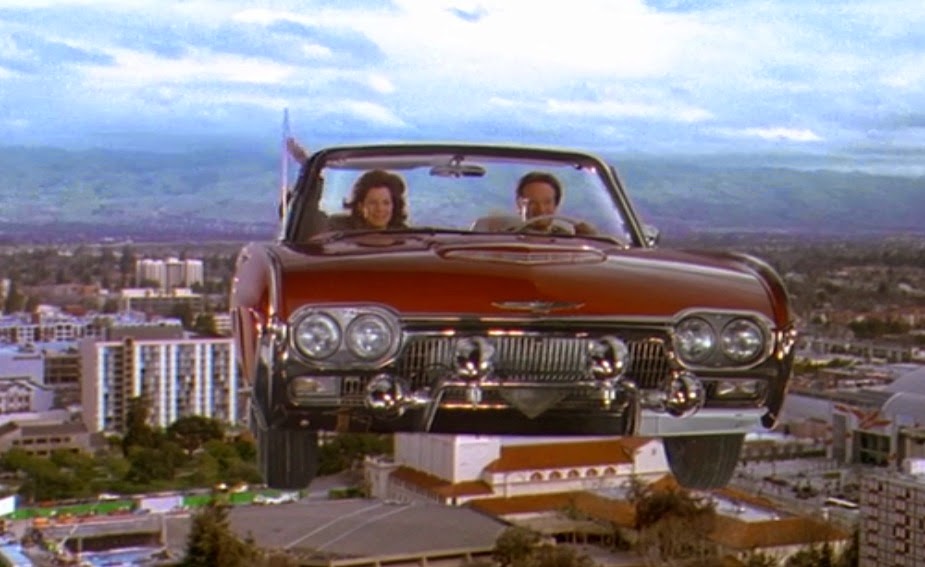 Overall Flubber isn't as stupid I had thought it would be when I was nine, but its no masterpiece either. It's mildly cute, clever, and funny but nothing extraordinary. It probably would of been mundane without Robin Williams. So honestly it's far from Disney or Robin Williams' best film, that's for sure.
Posted by Adam at 3:00 PM

Well... That was a pretty silly movie. I did see it. I agree that it was cute.

Yeah it was decent enough but nothing amazing by any means

I never could get into that one--and I missed the original. It never quite stood out as much as it should--I think Robin Williams was so funny, in his comedies it became more about him than the plot because the directors didn't want to edit out his great improvs!

I saw the first one with Fred McMurray but never did see Robin's version.

I liked this movie, it was cute.

I never saw this one but I do remember the original with Fred MacMurray.

I don't recall seeing this one. I may catch it someday if I come across it on tv though.