I Played My First and Last Game of Disc Golf 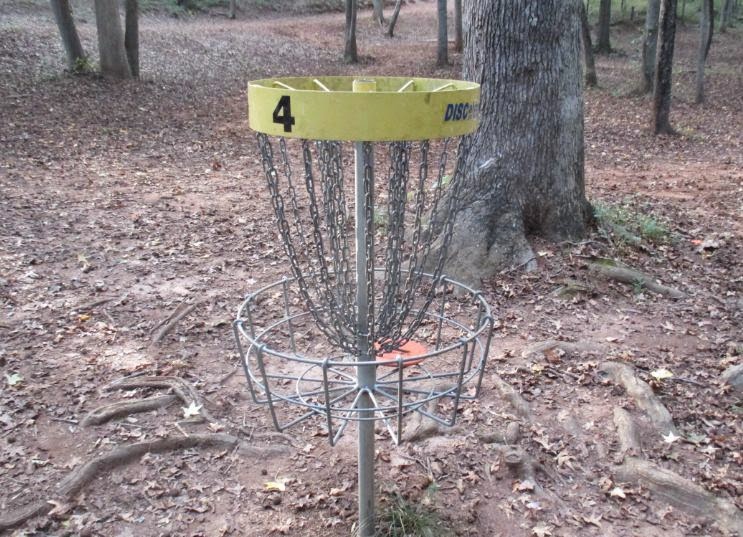 I had heard of disc golf for a few years. It uses a Frisbee to replace the golf ball in golf. It's basically the same concept though. I'm not that great in real golf, but I figured it would be fun. I was a bit shocked to learn that a park near Daisy's house had a disc golf course. 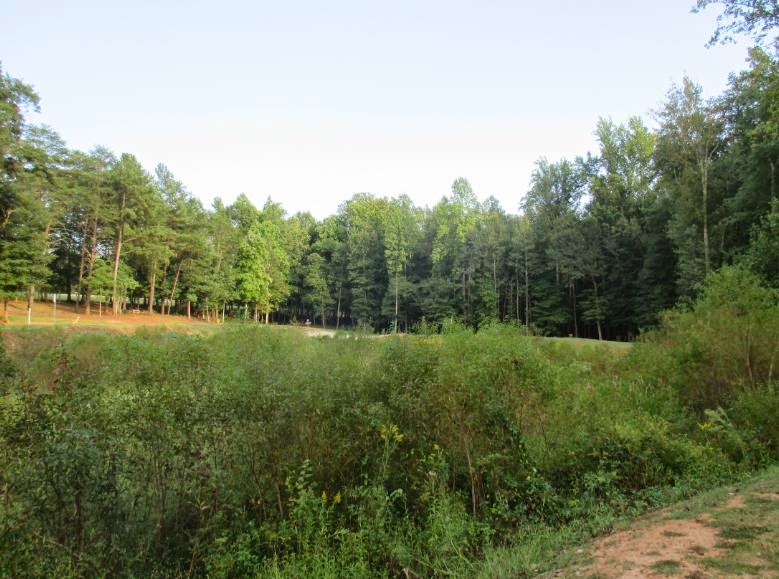 One thing I thought about before we got to the course was getting the disc back after a bad throw. In real golf I would often lose plenty of golf-balls before the day was over. I was more than mad to see a course that looks a lot like regular golf. I lost two discs in this thick brush, and there was no way you could get them. They are much harder to replace than a common golf-ball. 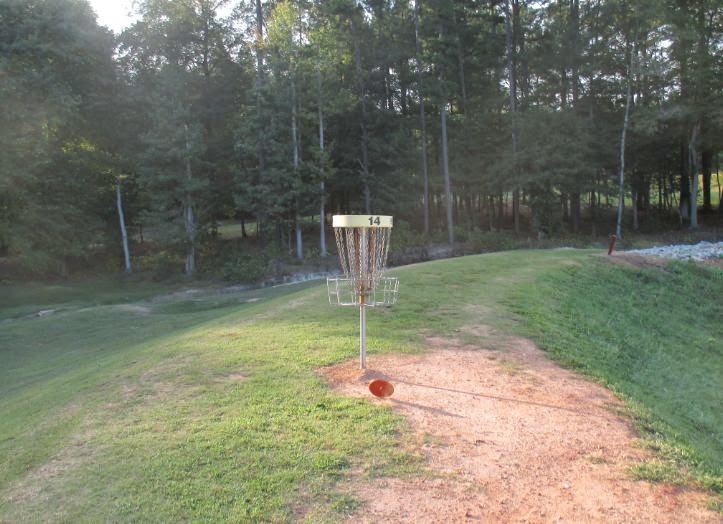 You don't use regular frisbees, but ones that are designed for the sport. They vary by what distance you use them for. So it didn't take me long to end up with only the putter. I couldn't say I had much fun at all. 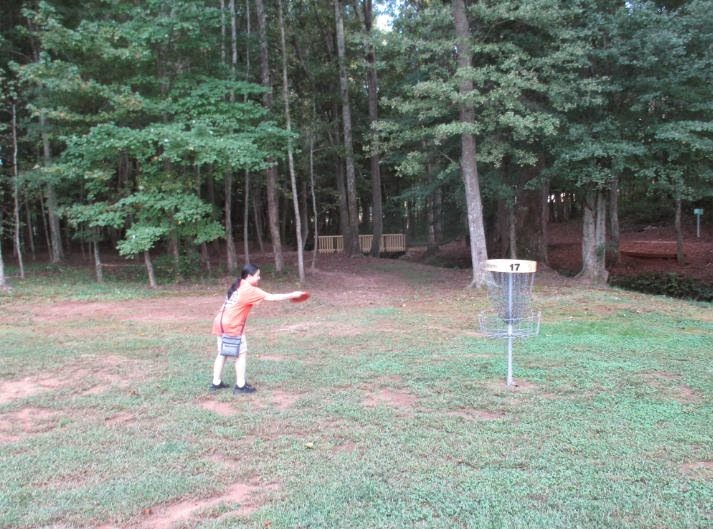 But I let Daisy try a bunch short-range throws before we left. I figure at least one of us could get some use out of it since we'd never return for another game. I will also say that since there are no golf carts to drive around, hiking around the course is a sport within itself.
Posted by Adam at 3:00 PM

Sounds like a great deal for the people who sell the disc's! Here we have something (boringly) called Foot Golf, they use a soccer ball and kick it into over-sized holes. People seem to love it. It needs a catchier name though.

Anything golf related I just avoid

Well, at least you gave it a try. And got out together to enjoy the day.

Strange that I never heard about this game before.

Always did sound a bit boring to me too.

First I've heard of it, last hopefully to

Never heard of this game.

I've never seen that before. Neato.

You know, you have just solved a puzzle for me. I saw these contraptions once in a park a couple of years ago and didn't know what it was. There was no one playing and no park personnel to ask. Thank you Adam.

I imagine I'd be as bad at this as I am at regular golf.

I've seen these, didn't really get the concept...thanks for showing us.

Never heard of it, but something with a twist to Golf.

Huh, I've never heard of it. You just broadened my horizons.

Well, I have never heard of disc golf but that is not really a surprise. Ha Some people are a lot more skilled in frisbee throwing than others. I toss a frisbee for Cody every day (sometimes a ball) and for the soft dog frisbee, it's all in the wrist. The wrist, man.

hahhaa....this is funny because I would feel the same way. We have several courses here but I've never played.
My hubs loves golf and I tried and tried to like it but I hate it with a passion. I stayed in the rough ALL the time and never did have fun AT ALL...very frustrating, actually.