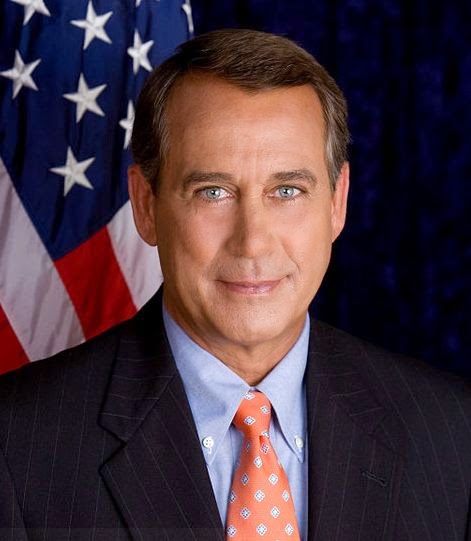 John Boehner never passes a chance to criticize President Obama, and at a recent event he asked a crowd if Vladimir Putin would have invaded Ukraine if George W. Bush had been president. Apparently the Speaker of House knows what Bush would have done by saying "Even Putin is smart enough to know that Bush would have punched him in the nose in about 10 seconds!". Except Bush did very little when Putin's Russian troops invaded Georgia in 2008 and won the Russo-Georgian War. 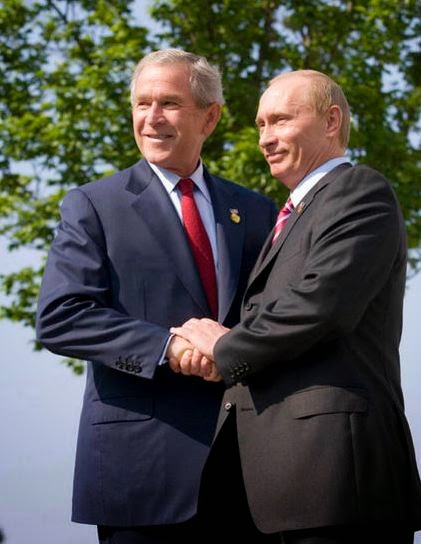 I also remember him being extremely friendly to Putin as well. In fact back in his first term he made this remark about Putin "I looked the man in the eye. I found him to be very straightforward and trustworthy."
Posted by Adam at 1:07 PM

Couldn't find a shred of truth between the two of them

"I looked the man in the eye. I found him to be very straightforward and trustworthy."
Don't think so. It's awful that he do.

George Bush Jr. was an amiable fellow, but not intellectually suited for the complexities of the presidency. As for Boehner, the less said the better.

Yeah, big talk and hot air, as per usual.

Blah, blah, blah... Bush looks quite chummy with Putin in the photo.

Boehner is one of those people who really should say less...seriously....

I remember when Bush said that about Putin. I just shook my head. Now Boehner has me shaking my head again with this quote. If this were fiction, you wouldn't believe it!