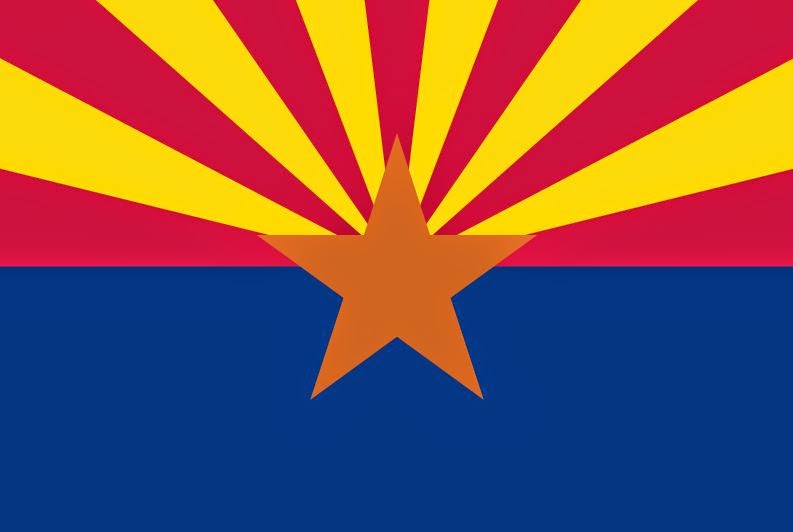 With the Supreme Court refusing to hear appeals from conservative states has led many states to marriage equality rather quickly. From the deep south to the south west of America. Arizona's restrictions against marriage equality were recently ruled unconstitutional by a federal judge, Arizona  also is the home-state of John McCain who ran for President in 2008. I also found it funny that his former running-mate Sarah Palin's home state of Alaska now has marriage equality too. I'm not sure who came up with the joke, but I just love this one "Sarah Palin can now see equal rights from her house".
Posted by Adam at 11:00 PM

It's just a matter of time before the whole country is on board. Equal rights for everyone!

Love the joke, and I haven't heard it before.

I'm thrilled to see the tide turning like this. Interestingly, an openly gay AZ college professor, Richard Grayson, is running as the Democratic candidate against the Republican incumbent for the lone U.S. House of Representatives seat in my state of Wyoming "to protest the absence of other Democrats seeking the office in the conservative state." How cool is that? He has a snowball's chance in hell of winning, unfortunately, but we voted yesterday and he got our votes! :-) (http://news.yahoo.com/arizona-man-joins-wyoming-congressional-race-protest-no-010828235.html)