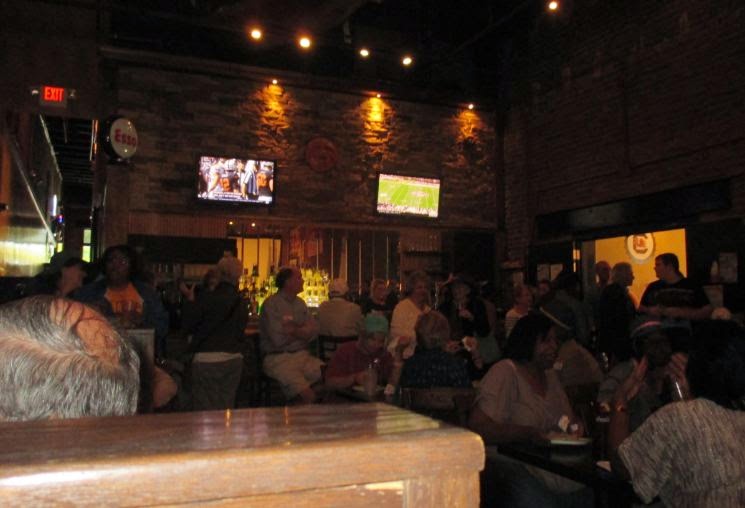 So yesterday the local Democratic Party held a Meet and Greet for the Democratic candidate for Governor of South Carolina Vincent Sheheen. They had it at a local pizza/wings place in downtown Spartanburg. We were lucky as we were a tad late getting there, and when Vincent Sheheen arrived there wasn't really any tables left but we managed to get one. 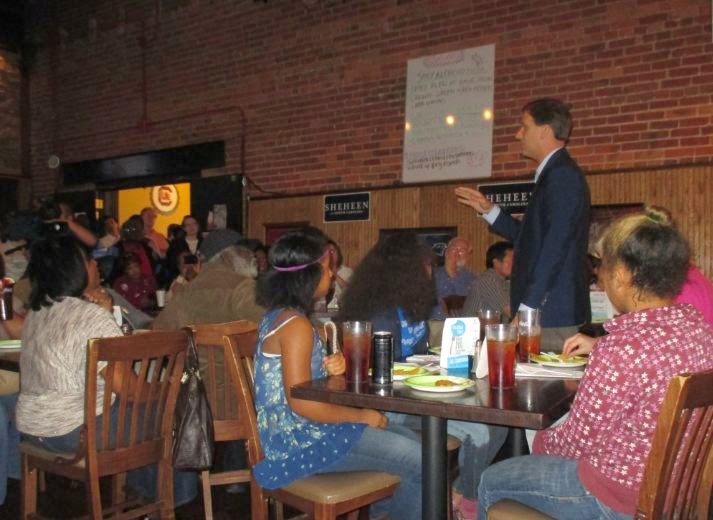 We had just happened to be at the table by the door, so we were the first people he shook hands with and talked with. Since this was an event for Democrats, he didn't have the typical tone that politicians usually talk with. He's already got the party nomination, so his words were a bit more "real" since nobody in the room was going to vote against him. Later he gave a speech along with the Lt. Governor candidate Bakari Sellers, and said some of the key things he wanted to do if elected. Like expanding Medicaid (most Republican Governors rejected the option), and have schools start a kindergarten/pre-school program for four year-olds. 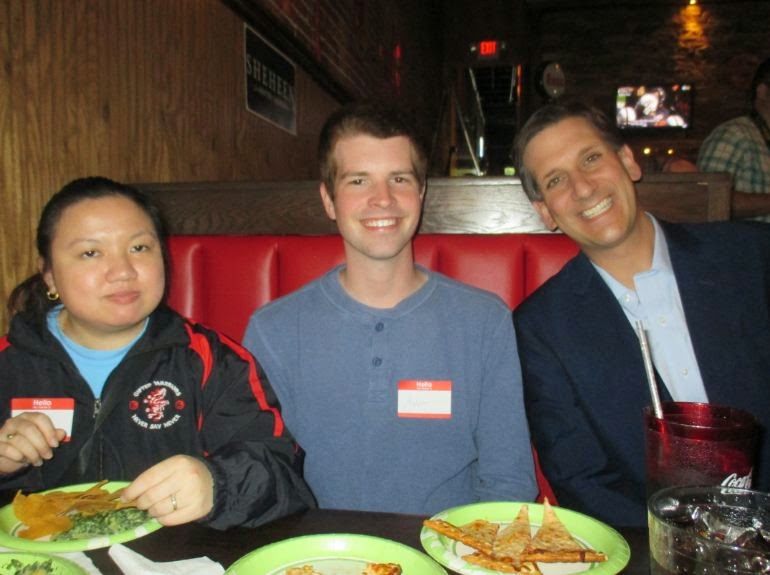 He actually sat at our table when others were speaking to the crowd. My politically independent mother was there too, and she was nice enough to take our picture. While I like to stay optimistic, I know very well how much Democrats struggle at a state level. Though South Carolina does need a change in leadership, I'm awfully sick of South Carolina being near-worst at almost everything.
Posted by Adam at 3:00 PM

I'm not much into politics we are having some elections soon and lots of canvassers at the door.

It would really please me if South Carolina voted for a Democratic governor. But like you say it's an uphill battle.

I'd love to see a democrat win.

A lot of people get enthused about politics. Good that you could go..

Woops, not any tables sir.

Sounds like a very interesting day. It's nice that you got a chance to meet him. I am very cynical when it comes to politics/politicians.