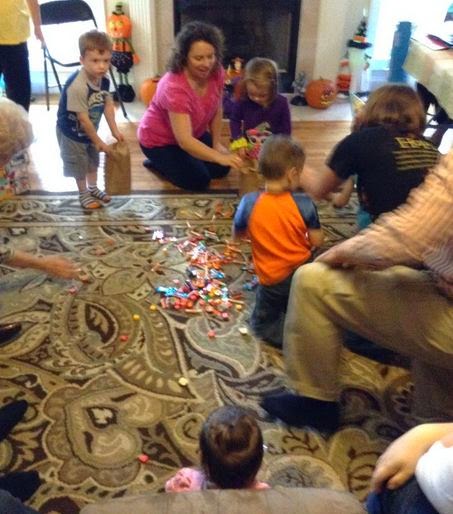 During my nephew Mr. C's fourth birthday party, my brother Steven got a cupcake pinata. Except it was so tough that he eventually had to take a turn just to give them a honest chance of breaking the pinata. Once it was open it was poured onto the floor and Mr. C, his brother, and his cousins all had a chance to get as much candy as possible. 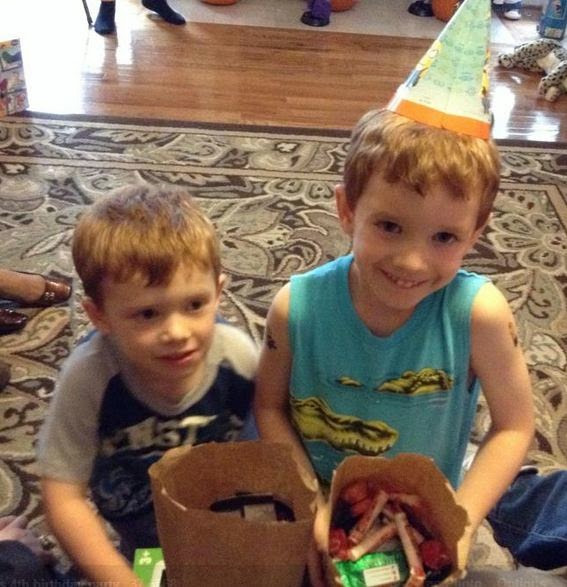 My nephew Mr. K got the most by the end. Being the oldest does has its advantage. Usually stronger, faster, and smarter than your younger relatives. That was sure true during Easter egg hunts when I was little.
Posted by Adam at 3:00 PM

ooo, when my kids were little a Pinata was their favorite birthday thing...then the grands liked them, too. They are so much fun to hit and when all that candy comes falling out, it is sooo fun.

what fun those children had, look at their happy faces, lucky kids!!!

I never heard of piñatas until I lived in the US, and then only after I arrived in Colorado. They are such fun for kiddos. Thanks for sharing these sweet family photos!

those pinatas are hard to break in general!

Handsome young boys Adam.
I expect it's half the fun trying to open the Pinata.

So cute. I can't recall the last time I swung at a pinata. As I recall, it didn't break.

What fun! Thanks for sharing those smiles!

Looks like a lot of fun! And being the oldest sure does have its privileges.

Being fast can score you a lot

Pinatas are fun, no matter what age!

haha. funny that the pinata has to be broken in by an adult because it's so hard. lol. i remember when i was little, i also enjoy hitting the pinata and getting all the candies and the *coins* :)

What kid of any age doesn't love a pinata?

I heard about pinata only in americas cartoons and films.

Wow! Nice pictures ! A cupcake piñata sounds amazing! Aw the kids love it.
But I remember someones cry when dont have candies:)