My Favorite Photos: Romans in Spartanburg 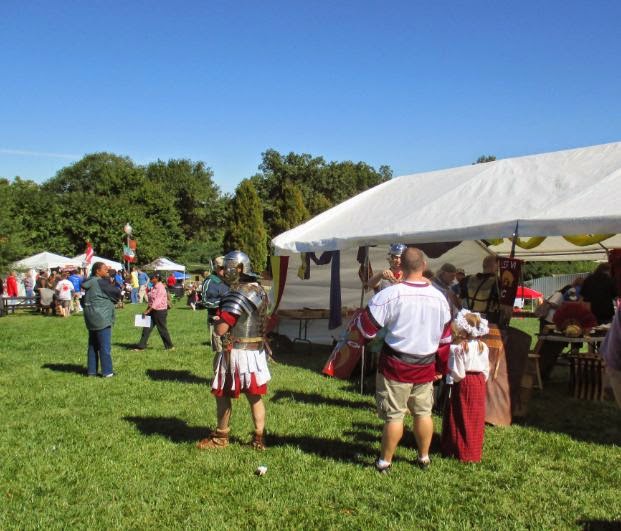 As I mentioned, Daisy and I went to the local international festival recently. Many nations were represented, including one that doesn't even exist anymore. In the middle of the park was a tent for the Roman Empire. Including a bunch of people dressed up like Roman soldiers. Reminds me of our trip to the Renaissance Festival in September.
Posted by Adam at 3:00 PM

Hope they had some good food there.

Very cool! That is fun.

I took too many years of Latin and the only joke I remember was: Where did Julius Caesar get stabbed? Right in the rotunda! It's funnier in Latin.

Well, they are historical, so why not give em a little spot?