Question: Do You Listen to the Radio? 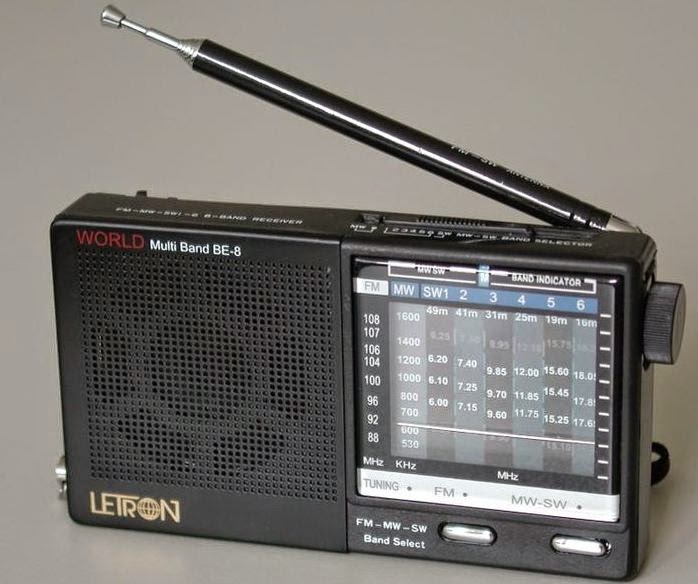 Like magazines, radio has taken quite a hit in the digital age. Though it has been a bit more stable since it's more convenient to listen to the car's radio than to bring music to your car. Though when I forget my mp3 player, I often get sick of the radio stations. Most of them play what's trendy, which is only a handful songs. Which is a good way to ruin a good song; hearing it over and over and over again.
Posted by Adam at 3:00 PM

I listen to music in radio :)

I listen a lot of music!

Every now and then, Mr. Sweet listens to some high school football games on a radio just about like the one in your picture.

I used to listen to the radio when there was an oldies station, but I haven't now for years.

I don't listen to the radio very often, and when I do, it's usually while I'm driving.

I listen to CBC One on my car radio. It's sort of like your NPR in the States, only better. Sorry, it's the truth.

What makes it so much better?

I can't stand the radio. Like you said, too much of the same trendy songs over and over and over again. Either that or a slew of commercials. If I forget my MP3 player, I have some emergency CDs in the car. Gotta give those poor outdated things some use somehow.

Actually I love my car radio. I'm glad stations play hit songs over and over. I don't drive long distances, and the radio keeps me current, so I'm not clueless about popular songs. But then my KBCO out of Boulder, Colorado, plays a huge variety of music. Have a good one!

I listen to the radio in the car. But my son plays his CDs in there too, unfortunately...boom boom boom

Yes, I absolutely do.
I've rediscoveried the joy of listening to the radio when I stayed for two months in the outdoor with some archaeological groups.
My favourite station is Virgin Radio, since it is all about rock and there are a lot of older songs, it never bores me :)
Have a great day!!