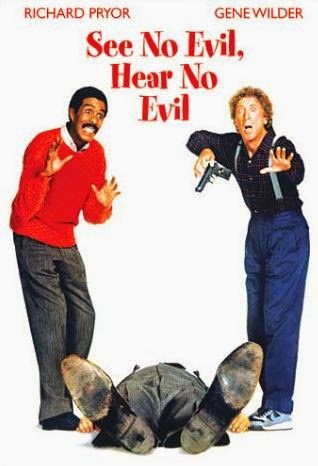 Richard Pryor and Gene Wilder were some of the funniest guys to ever live, but I don't think I've ever seen See No Evil, Hear No Evil. I heard it was pretty hilarious, so watching it was inevitable for me. I also noticed a young Kevin Spacey in the movie in one of his earliest roles. 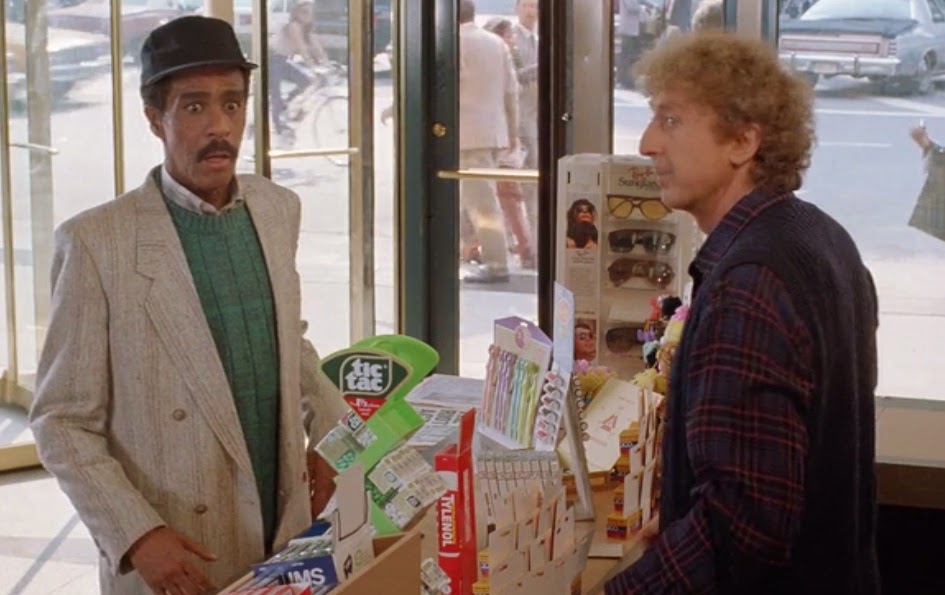 The plot is about a pair of handicap guys named Wally and Dave. Wally is blind as a bat, and Dave literally can't hear a thing. However they do work together, but one day a gentlemen comes in looking for Wally. Dave turns the other direction, and finds the man has died in the floor. The only clue Dave  has is a small glimpse of the beautiful woman responsible walking away. 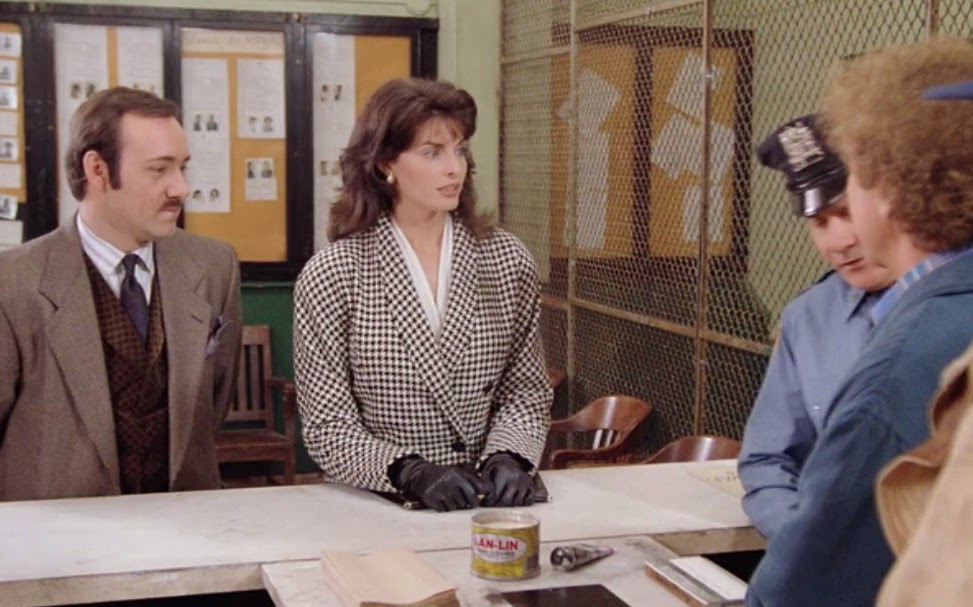 However the police think Dave and Wally were responsible, and the real murderer Eve realizes that the duo is her only hope in finding what she was looking for. So Eve and her partner Kirgo pose as their lawyers to get them free. Dave and Wally realize who they really are and hatch a plan to get the truth back in order. 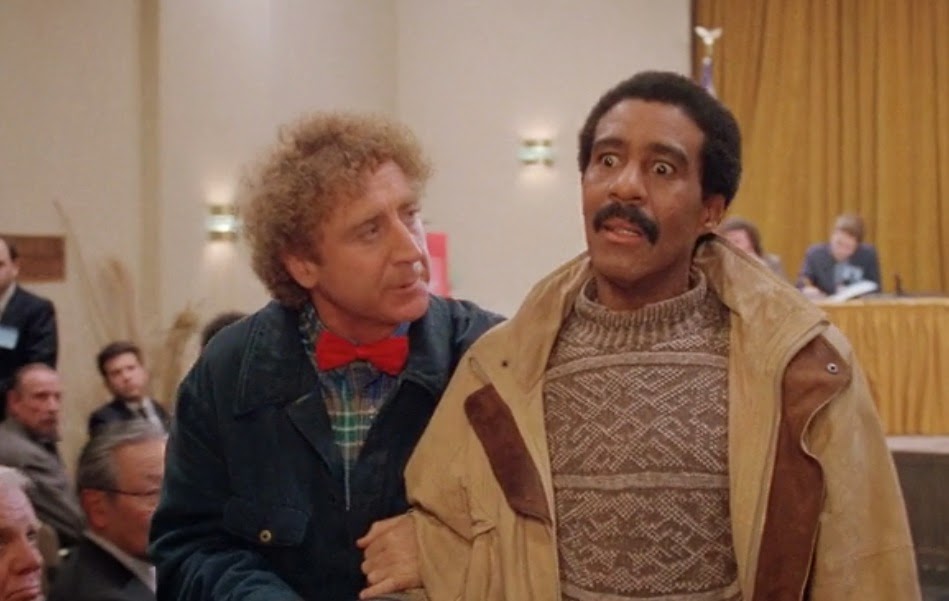 I knew I would like See No Evil, Hear No Evil, and I loved it. The humor doesn't hold anything back, and provides a lot of laughs. A lot of movies from the 80's haven't aged well, but this isn't one of them. It's a shame Richard Pryor has passed away, because I think both Wilder and Pryor would have been able to make comedic magic even as senior citizens.
Posted by Adam at 3:00 PM

I never noticed Kevin Spacey before you pointed him out and I have watched this movie at least twice or three times, probably, lol, its a good one!

I enjoyed this one too. They did three good ones together one was meh though

It sounds vaguely familiar, certainly worth a second viewing.

I liked every one in this movie...

This movie is so hilarious!! Who can forget the picture at the police station or Wally and Dave driving a car scenes? :D