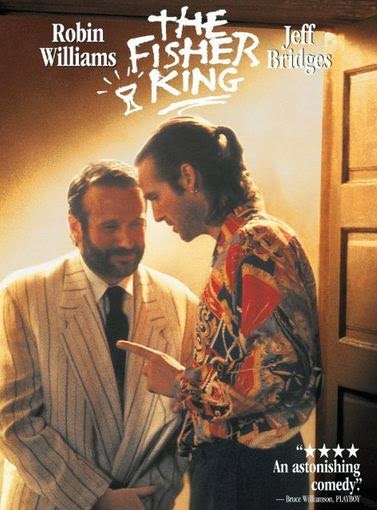 As I mentioned since Robin William's death in August that I've been catching up on almost every film I missed with him in it. The Fisher King seemed like an easy choice considering one of my other favorite actors, Jeff Bridges is also in it. Other than that I had no idea what to expect, but no it isn't about fishing. 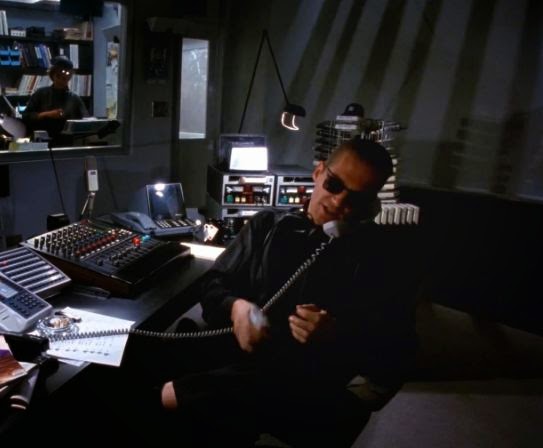 It begins with the self-centered radio DJ Jack Lucas who's doing quite well in his career. However one day a regular calls his show about a woman he fell in love with at a bar. His not-so-thoughtful comments leads the man to cause a tragedy in the bar shortly afterward. Overwhelmed with guilt, Jack loses almost everything and three years later he is a depressed alcoholic. 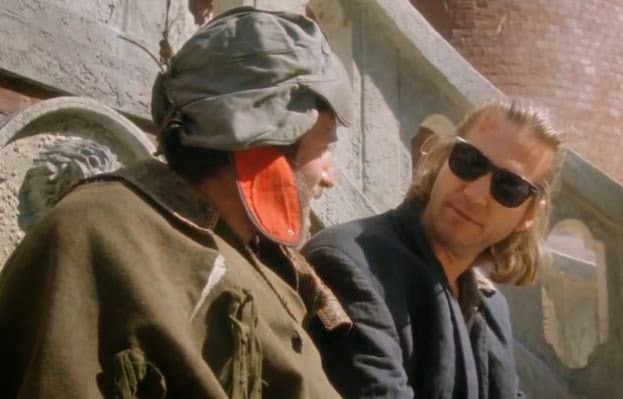 Coincidentally Jack's life is saved by a man named Parry who has literally lost his marbles. Jack can't believe the truth when he finds out that Parry was at the bar three years ago, and his wife died there. Leaving Parry's life in shambles with him searching on a quest for the "Holy Grail". To atone for his past, Jack decides to turn Parry's life around for the better. 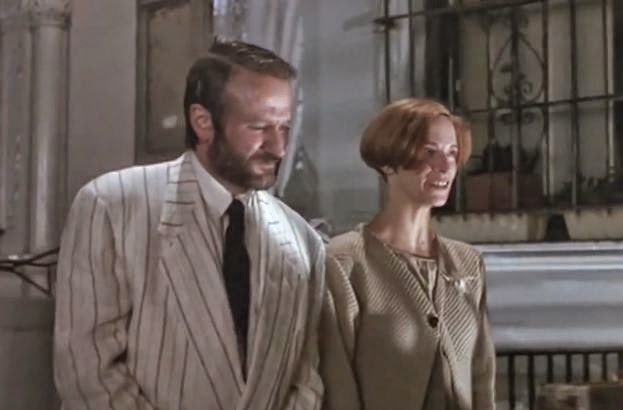 Overall while it does drag on, and has a few boring parts I did really like The Fisher King. It also shows how well Williams could handle being a comedic and serious actor simultaneously. So much so this role actually earned him his third Oscar nomination. Fans of either Williams or Bridges shouldn't be disappointed.
Posted by Adam at 2:00 PM

Thanks for your review! Lucy www.tpinkcarpet.com

I enjoyed this movie too and how it used the ancient Arthurian myth of the Fisher King's unhealing wound in a modern context.

I remember not being particularly impressed with this movie at the time, although I can't recall why. It's time I gave it another look.

I love this movie!

I saw this movie was good.

It's funny how I never saw him in a serious movie. I enjoy his work and definetly check this out.

I vaguely remember this one. The one serious one that I really liked him in was One Hour Photo. He had creepy down to a T!