Fact of the Day: British Georgia 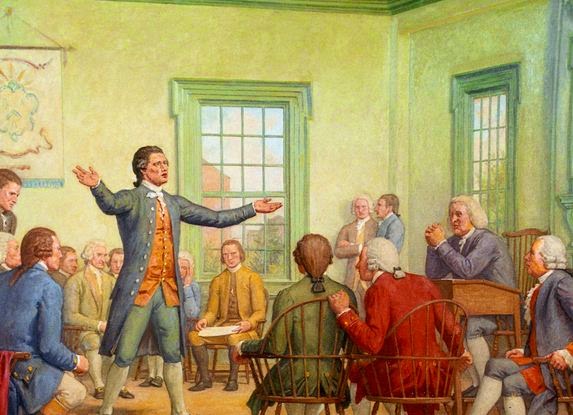 The First Continental Congress was a series of meetings that preceded the American Revolution. While delegates to the Congress did not openly rebel against King George III, they did seriously address many issues they had with him. Georgia was the only colony to send no delegates as they were afraid doing so would lose them British soldiers they needed to help fight a Native America tribe.
Posted by Adam at 12:00 AM

Email ThisBlogThis!Share to TwitterShare to FacebookShare to Pinterest
Labels: fact of the day, Georgia

THank you for History Lesson.

There are a lot of people in that room!

And so it began

Interesting how the colonists described George III as a despotic tyrant even though King George was a constitutional figurehead (England was really run by Parliament) yet the colonists turned to Louis XV, an absolute monarch for help.

Another interesting history lesson! You should be a teacher, Adam.