Fact of the Day: Darwin and Harriet 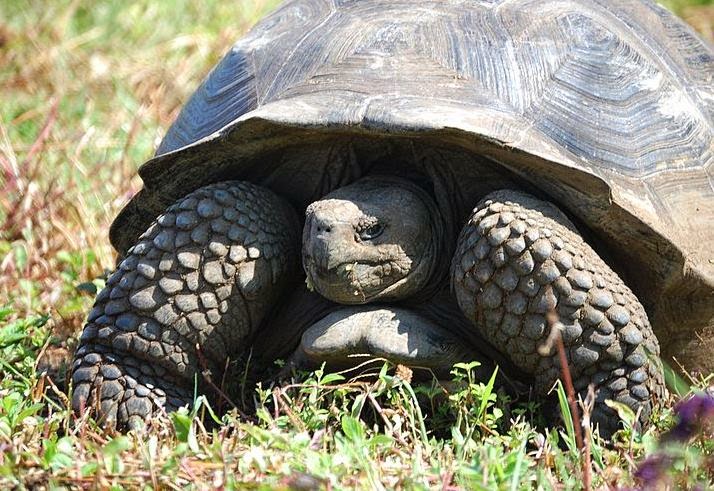 Charles Darwin's visit to the Galapagos Islands contributed greatly to him discovering evolution by natural selection. The islands are also well known for its giant tortoises, and Charles Darwin apparently had a few as pets. One of them was apparently called Harriet, and she lived to the age of 175. She passed away in 2006 at a zoo in Australia.
Posted by Adam at 12:00 AM

Email ThisBlogThis!Share to TwitterShare to FacebookShare to Pinterest
Labels: australia, Charles Darwin, fact of the day

I wonder, why did he live such a little bit.

I didn't know that! It's very interesting.

I knew they lived a long time.

It fascinates me that they live so long. What incredible creatures they are.

I've always believed "you are what you eat." I wonder what turtles eat, old people?

Goodness, what a great age! I have seen them in zoos. I wonder how old theirs are. Must check if the National Zoo has any.

I think those tortoises are so beautiful!

Might she have lived longer had she been free? Oh well.

They are pretty, but I can't imagine that being a very cuddly pet!

She looks pretty good for her age.

Could out live 2 owners

Just wow, what they have lived through!

yep, they and crocodiles never die naturally. We have a crocodile in our Zoo who has been there even before the WW2!