Fact of the Day: Royal Uncle 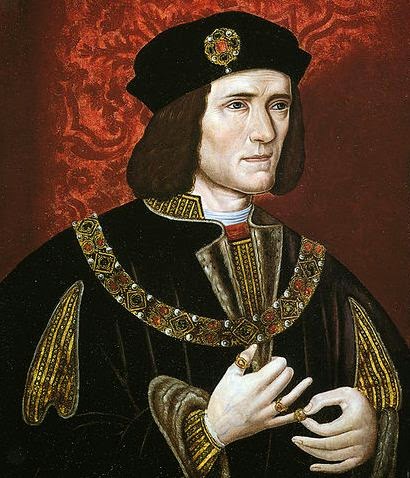 After the death of King Edward IV of England, his young son was made King at the age of 13. His uncle was made Lord Protector to rule in his place until he reached a proper age. Except shortly after, his parent's marriage was ruled to be invalid, leaving his Uncle to take the throne as Richard III. Afterwards the former King Edward V was never seen again.
Posted by Adam at 2:19 AM

I do think he was happy not being king at the age of 13 though!

never knew this. wonder why the marriage was invalid....

something about the husband being sort of engaged to another woman sometime before. Let's just say Richard III was looking for any reason.

and plus Dicky killed his nephews!

Wow, never knew about that

What a mistery! Thanks for stopping by my blog Adam!

The boy king's younger brother disappeared too. Richard was nothing if not thorough.

well, I never knew that!!

It sounds like Richard III wasn't a very nice uncle.

Life as a Royal wasn't so great!

Hm can't even trust your uncle!

Hm can't even trust your uncle!

Richard III was arguably the most maligned person in history, with the exception of Cleopatra. Winners, not losers, write history and this was never more true than in the case of Richard III. He had nothing to fear from the two princes in the tower, but the winner of the Wars of the Roses, the usurper Henry Tudor, had every reason to want those boys dead. And of course Shakespeare wrote to please the Tudor dynasty.

Man, things were really tough back then.

I wonder why their marriage was deemed invalid. Sounds like a real juicy plot to a great movie. :)