Fact of the Day: Titanic Coward 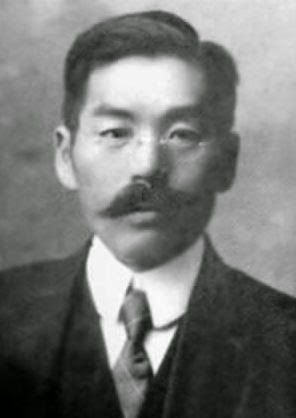 Masabumi Hosono was the only Japanese passenger on the Titanic when the ship sunk. He survived, and returned to Japan where he was called a coward by the newspapers for not going down with the ship. It apparently had nothing to do with a Samurai-like code of honor, but the fact that he ignored the concept of women and children first. 162 women and children went down with the Titanic on its maiden voyage.
Posted by Adam at 12:00 AM

Email ThisBlogThis!Share to TwitterShare to FacebookShare to Pinterest
Labels: fact of the day, japan, titanic

I didn't know that fact before. I wonder how many lives would have been saved if he didn't ignore.

that guy is kinda kreeper lookin

It wasn't his fault that the ship went down.

Ironically some women along with their children chose to stay. Some were too important and ignored the warning - thinking it couldn't be possible. How sad for this man.

Wow, I bet it wasn't easy for him after that.

Well he took the term every man for himself to heart

Ok.. So interesting as alway.. Cheers...

Many people forget honor when their lives are involved. Kisses:)

So much for a Samurai-like code of honor. But I believe other men disguised themselves as women and planted themselves in lifeboats.

I did not know this. Good that he got a lot of flack for doing what a lot of other cowards did!

And I'm sure it wasn't a good time to be known as a coward back then in Japan.

Interesting fact!
I think it was hard to be known as a coward. But I understand him!

So, he's the George Costanza of the Titanic era?

At moments when your life is at risk, all rules are trown overboard. The human instinct to survive takes the lead.