Fact of the Day: Winslow and Cromwell 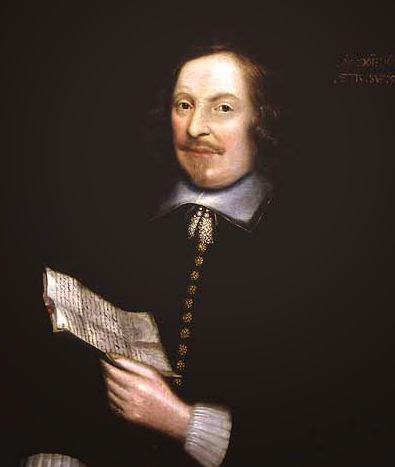 While the story of the first Thanksgiving describes the people on the Mayflower ship looking a new place for religious freedom, they ironically didn't practice much tolerance themselves. One of the senior leaders, Edward Winslow returned to England to serve in government when the Puritan Oliver Cromwell abolished the monarchy. Cromwell was no friend to Catholics for example, and made many conquests in Ireland for political and religious reasons. Cromwell became one of the most hated men in Irish history.
Posted by Adam at 5:00 AM

Email ThisBlogThis!Share to TwitterShare to FacebookShare to Pinterest
Labels: fact of the day, oliver cromwell, Thanksgiving

Yes, that is definitely ironic. People should extend to others what they desire for themselves.

sad and nothing has changed/

boo and hiss on him! I sympathise with our Irish brothers adn sisters, because they seem to suffer the same faith as my country in being molested through centuries by bigger powers

As a Catholic, I am biased when it comes to this topic.

PS Happy Thanksgiving to you and Daisy:)

Interesting. I don't think the English are too fond of Cromwell either. I believe they dug up his corpse after he died and hung it.

Isn't that the truth? Our ancestors were a puritanical lot.
Happy Thanksgiving, Adam.

I sure would hate to leave this life being hated by so many.