Facts of the Day: Planets and Presidents 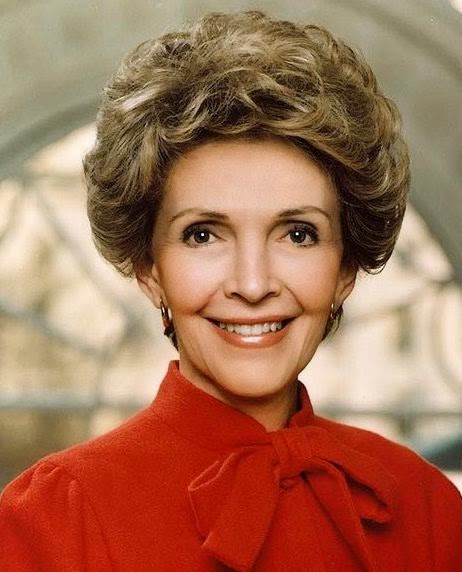 In 1988 it was revealed that not only did Nancy Reagan take astrology very seriously, but she let astrological decisions alter presidential matters. Nancy was advised by Joan Quigley, an astrologer from San Francisco from 1981-1988. It even annoyed some in the Reagan Administration as former Chief of Staff Donald Regan said "Virtually every major move and decision the Reagans made during my time as White House Chief of Staff was cleared in advance with a woman in San Francisco who drew up horoscopes to make certain that the planets were in a favorable alignment for the enterprise.".
Posted by Adam at 12:00 AM

I can´t believe it!! the decissions of the USA were taken by an astrologer. Kisses:)

Really! He was the President and it goes to show us who was trying to run the USA at that time..

Yes I remember read about this :))

lmao wow, even the so called higher ups are fools

it's quite offensive for people on power to be superstitious

How did they get around government confidentiality to confer with the astrologer? Did the CIA vet her?

OMG!!! It's ridiculous that President took his decision following an astrologer!
laviecestchic.blogspot.it
www.facebook.com/laviecestchic

Really? That is quite interesting.