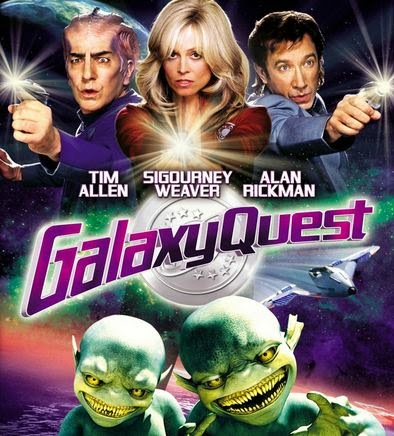 I vaguely remember Galaxy Quest coming out in the very late 90's, but I know I never saw it. It's basically a parody of Star Trek and their fans. Though Trekkies took it quite well, and it even got many compliments from former Star Trek actors. Patrick Stewart (who played Captain Picard) said he initially didn't want to see it but after watching it said "I found it was brilliant. Brilliant. No one laughed louder or longer in the cinema than I did". If that's not a compliment, then I don't know what is. 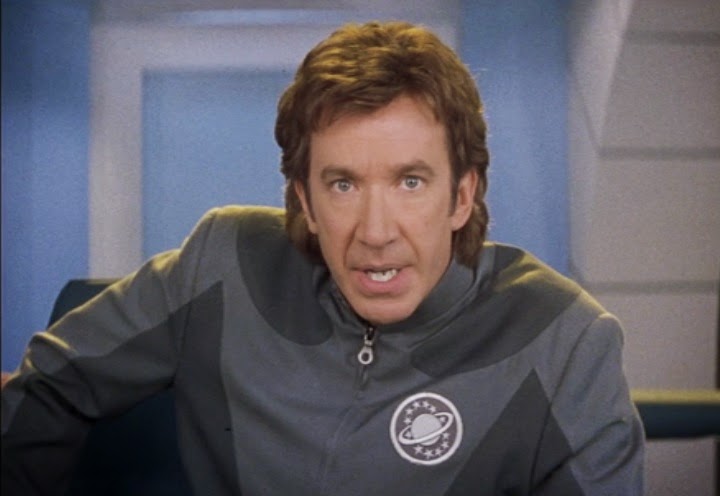 The story begins with the present lives of the actors from a sci-fi TV show called Galaxy Quest. Many years after the show ended, the cast has never really found any real acting jobs. The only thing they do is attend fan conventions of Galaxy Quest. While they always attend, they find their careers to be rather miserable. 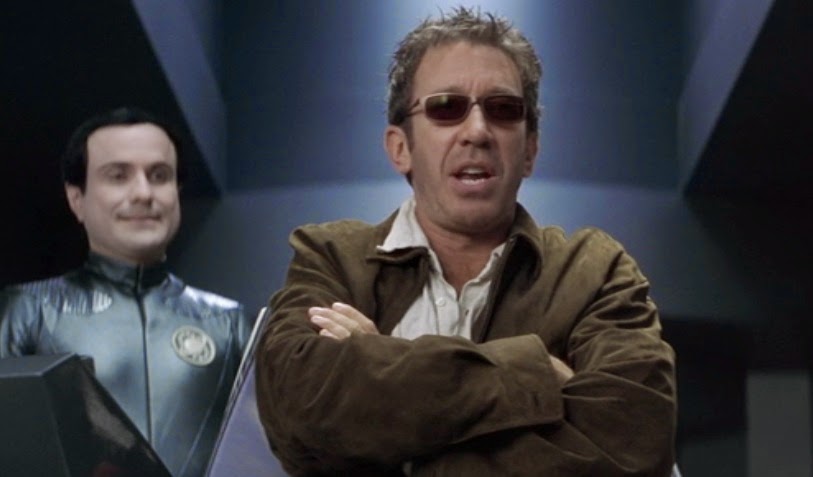 However Jason Nesmith who played the Commander of the ship gets approached by a group claiming to be aliens from a nebula in need of help. He thinks they are rather annoying nerds, but ends up finding out they were real aliens in a battle against an alien warlord. They based their technology on their old show, thinking it was all real. Now Nesmith must gather his old crew and make fiction reality. 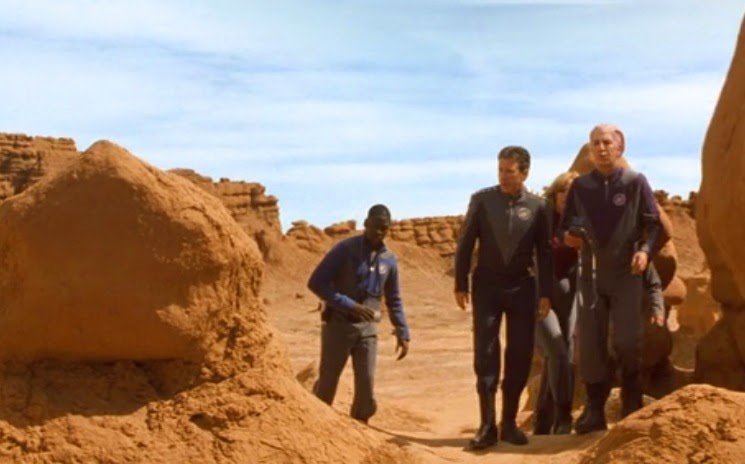 While I never really watched the old Star Trek shows (I am a fan of the new movies), I did find Galaxy Quest to be rather hilarious. I also liked seeing Alan Rickman in a role before he was Snape in Harry Potter, and Tony Shalhoub before he was Adrian Monk. Even if you never knew what Star Trek was, it's still a wonderful movie with a lot to like.
Posted by Adam at 3:00 PM

Interesting! I will ahve to look this movie up on Netflix as we are trekkies :)

This is the best Sci-fi parody I've ever seen. Hysterical spoof of Star trek and Star Wars.

Never heard of this movie. Remember Star Trek and saw a clip recently, made me smile.

I remember seeing this on the big screen and really enjoyed it. I also enjoy the new Star Wars movies, saw one on the TV last night in fact. I'm a Star Trek fan since the very beginning and I also enjoy Dr. Who, since its beginnings. Guess that gives my age away, ha!

I think I saw this one!

I have heard of it, but never saw it. But, after reading this, I bet I would really like it.

I've never seen the movie, but after reading your post I don´t think I watch this movie anyway.

This has been and remains, one of my favorite films.