Judge Rules in Favor of Marriage Equality in South Carolina 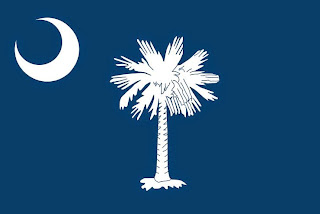 While I don't live in a liberal state, I'm glad to see a judge rule in favor of marriage equality in South Carolina. South Carolina and the Southern United States in general have always been behind the times, and it would of been several decades for any hope outside of a judicial decision. While a federal judge found it unconstitutional, they do have until the 20th for the state government to make an appeal. Since the Supreme Court has refused to hear such cases, it makes it rather pointless. Yet our Governor and Attorney General wants to be on the wrong side of history and fight the decision.
Posted by Adam at 11:00 PM

It never ceases to amaze me how governments want control over a person's life, whether it be business or personal. They have no real concern over a person's health and welfare - not in this day and age. It's defined by money and power and it peeves me. Rant over! And that's a biggie for South Carolina... go sandlappers!

Change takes longer in some places, but eventually it comes.

Some changes are good...some are bad...some thing just aren't meant to be changed.