My Favorite Photos: Game of Billiards 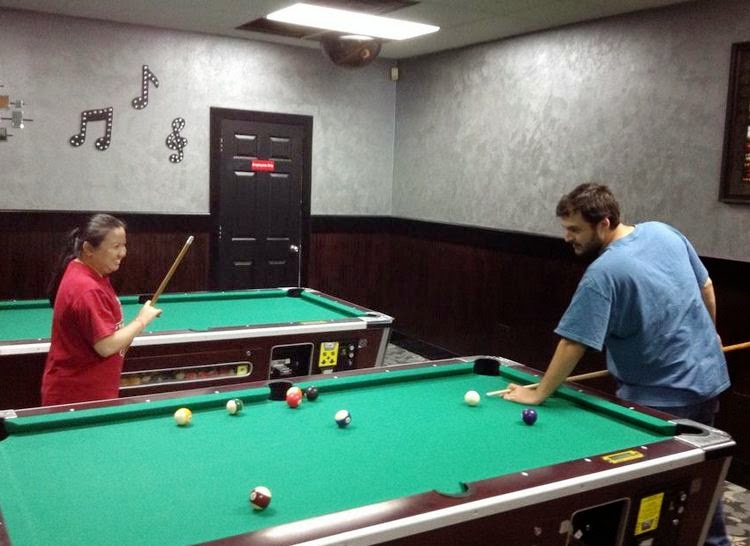 Earlier in October, we had invited my friend John to go bowling with us but he showed up late. So we just played pool instead. It's been years since I played, and Daisy apparently only played once with her cousins. 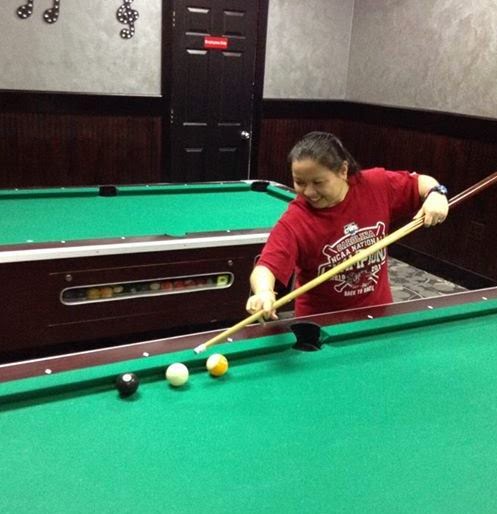 Despite that Daisy did remarkably well. John had made a lot of mistakes during the game. Before we knew it, Daisy had the victory. 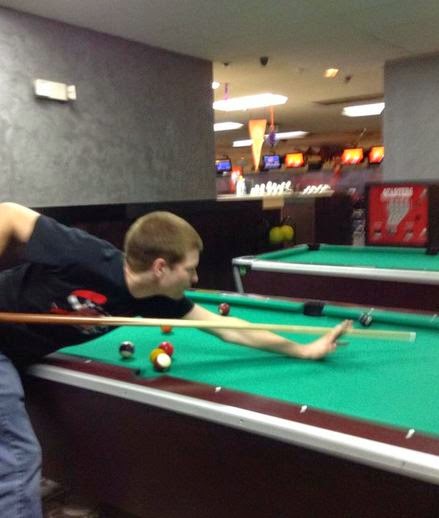 So how did I do against Daisy? Well I was doing fairly well, but I got over-confident. Gave a bit too much power, and the 8-Ball accidentally went in. That's the easiest way to lose billiards.
Posted by Adam at 3:00 PM

I was never very good at the game.

Don't mind playing billards, though it's been awhile for me. My late dad had a table which i now have but I am going to give it to eldest son.

Way to go, Daisy! I love this game, but I haven't played in years. I'm not that good at it, but it's fun.