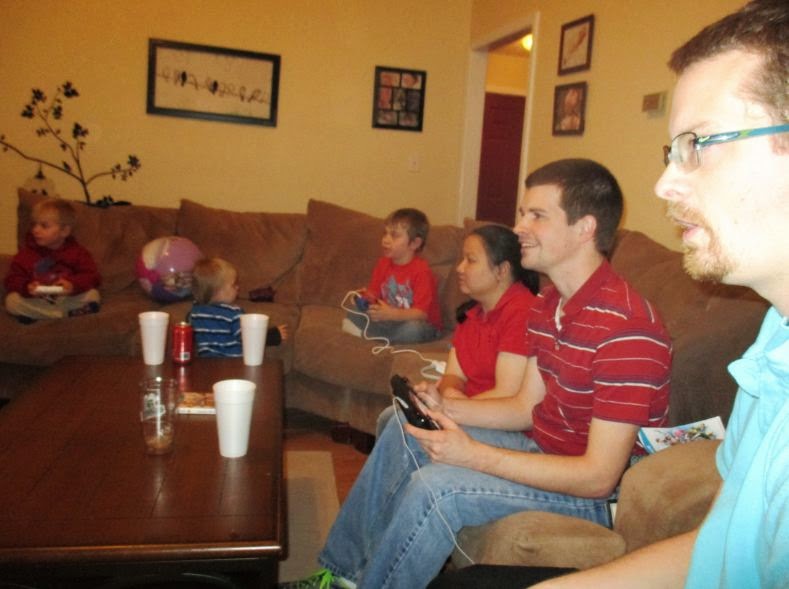 About a decade ago, I was among the youngest generation at the family Thanksgiving gathering. So the living room would often have some random football game on, with everyone pretending like they cared. But my brother Zach hosted Thanksgiving at his house this year, so I brought over my WiiU. We were playing Super Smash Bros. and having so much fun. Zach's wife Tiffany's nephews were also playing the game, and I told them to focus their efforts in defeating whatever character Zach had during the match. Their skill level was almost nothing so it didn't really matter, but it was to annoy my brother.
Posted by Adam at 3:00 PM

Quite late but happy thanksgiving to you and your family!

Family is what Thanksgiving is all about....glad you had fun.

haha a good distraction to help you win

Glad you had a good one:)

Well you had to be thankful they weren't focusing on your character!

Looks like a fun time! That's what it's all about.

Awe! Brotherly love at its finest :)

Close family and that is what Thanksgiving is all about.

That is so much fun.

is was cool day!

Hahaha....sibling fights are the best!

Lovely photo. Hope you had a wonderful Thanksgiving :)