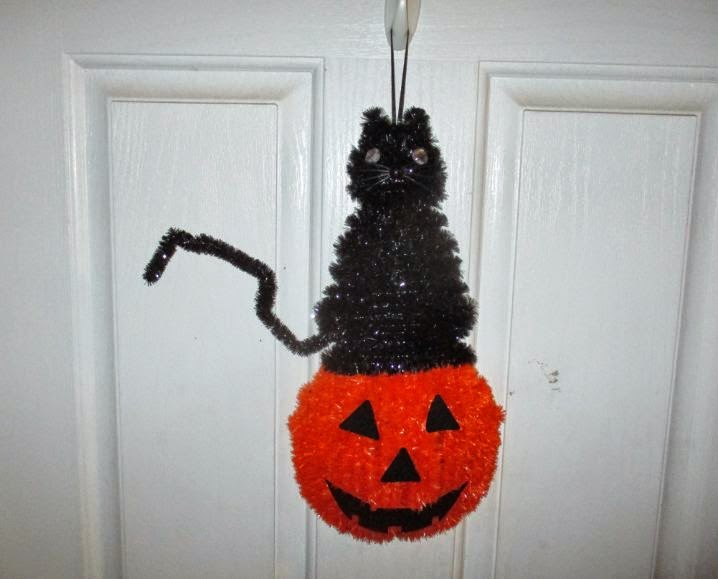 As I mentioned earlier, last night I went to my brother's house which gets some trick-or-treaters but not a whole lot. But much more than the zero at my neighborhood. I was Captain America, and part of the fun dressing up is seeing the reactions. One little girl dressed like Frozen's Elsa thought Captain America was so cool that she might of thought she saw the "real" Captain America. Another funny one is a large group of siblings came up and nobody remembered Captain America's name. One of them was like "you're... America Man!". 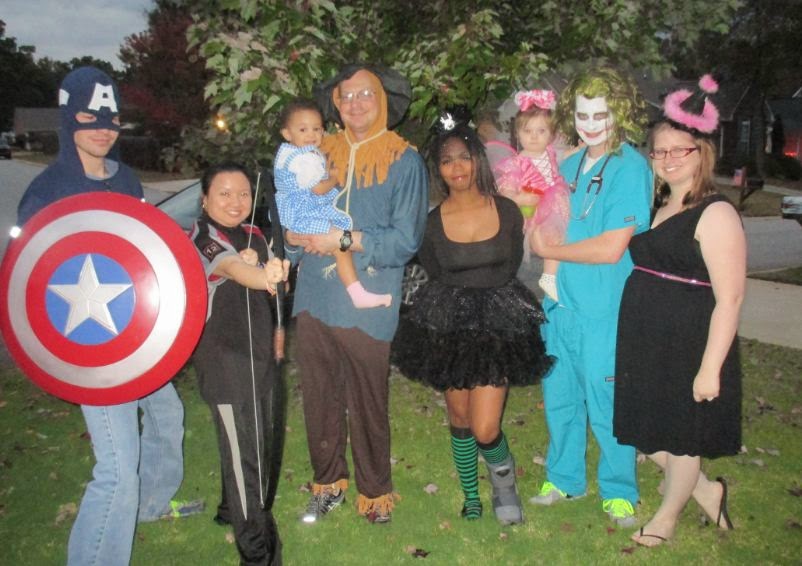 But here's the whole family, and like I mentioned before Daisy is Katniss Everdeen from The Hunger Games. Then we have the Wizard of OZ family: my brother is the Scarecrow, my sister-in-law is the Wicked Witch, and my niece Little Iz is Dorothy. My brother Zach is The Joker based on the hospital scene in The Dark Knight. His wife Tiffany is a witch, and my niece Little K is a pixie princess or something. She got a little mad when my brother Zach took the wings off later that night.
Posted by Adam at 8:00 PM

What fun! How nice that the whole family gets involved and shares in this. Very cool image; very cool costumes!

You all look great in costumes:) And LOL on America Man:D

You all look so fabulous in your Halloween costumes!

great fun for the whole family!

You guys really have the spirit of the holiday. Great costumes.

Cool! I see that you had great Halloween.