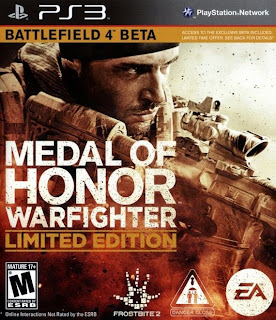 While Call of Duty dethroned Medal of Honor as everyone's favorite war-based FPS, I wanted to give the somewhat recent Warfighter a try. I was hoping that it would be a decent alternative to the best Call of Duty games. I was wrong! 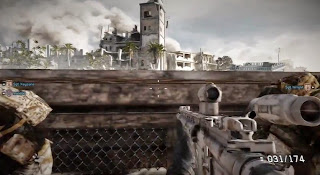 It obviously was inspired by a good bit by the Call of Duty: Modern Warfare games. I suppose if you must imitate something, it might as well be the best of the best. Too bad it doesn't even hold a candle to even the worst Call of Duty games. 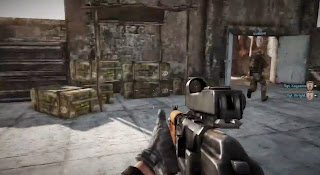 I found it to be just an ugly, and boring FPS. I didn't get terribly far before I lost all interest in the game. I've played some terrible games all the way to the end, but even Star Fox Adventures was better than this garbage.
Posted by Adam at 10:00 PM

My 10 year old daughter and I will play COD every now and again, but we'll pass on this one. It does sound like it sucks.

Sorry, not a gamer. Is that the right expression?

Okay I never graduated past "Frogger," I admit it.