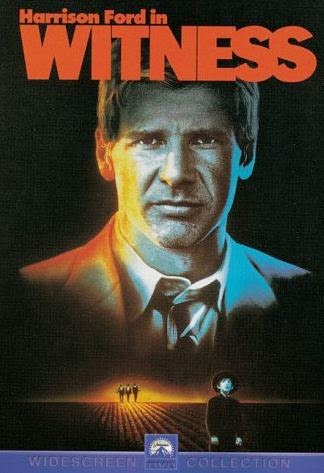 I never heard of Witness as it is quite an old movie. Harrison Ford is one of my favorite actors, so it wasn't difficult to convince me to see it. A friend recommended I watch it, and it took me some time to get to it but I finally did. 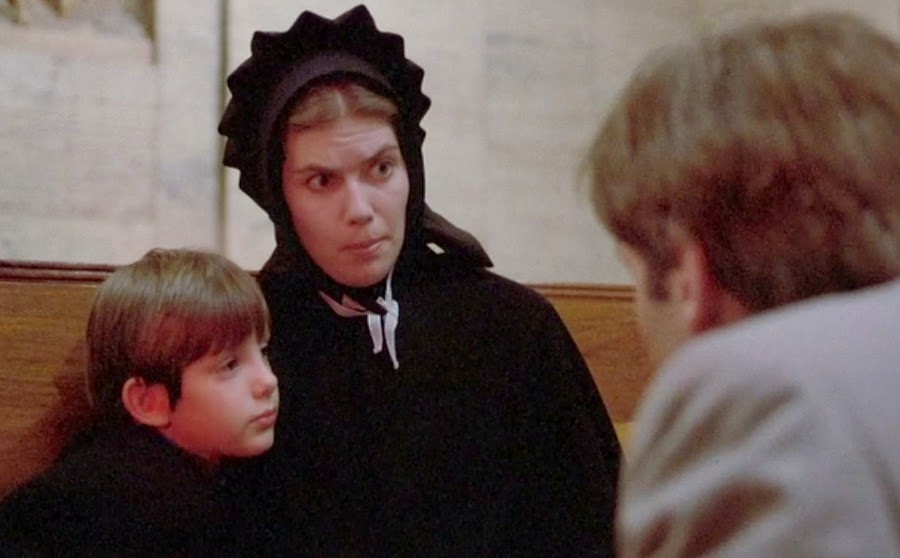 The film is about a young Amish boy named Samuel who witnesses a murder. He manages to hide from the criminals, but he did manage to remember one of their faces. A detective named John Book talks to Samuel and tries to see if they can figure out anything. They don't come across much luck until Samuel sees a newspaper with a picture of the man he saw. Except he's a police officer named James McFee who John knows, and he's not quite sure how to handle the situation. 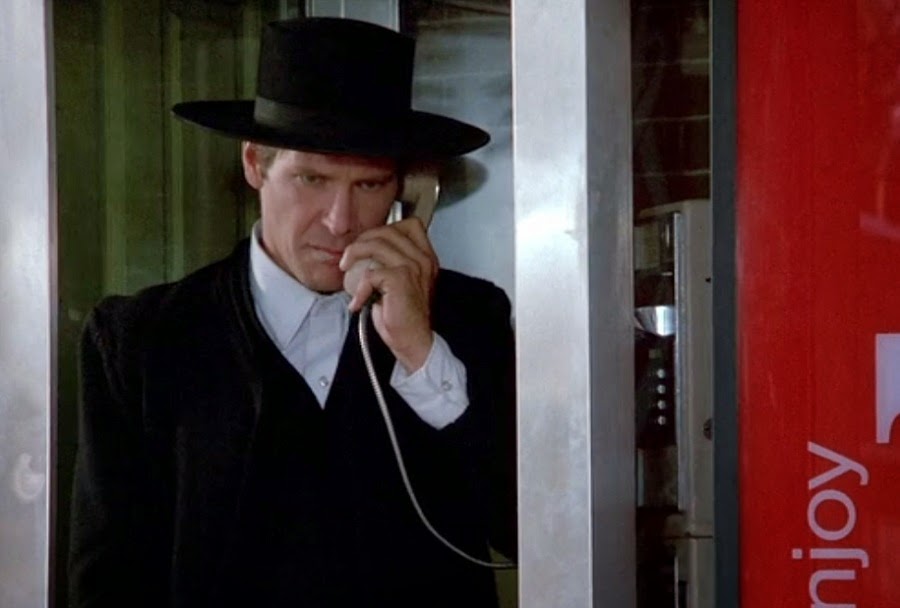 McFee learns about Samuel and knows that John Book is trying to arrest him. He tries to get the upper-hand on Book by suprising him, but Book manages to escape. In a extreme rush, he takes Samuel and his mother Rachel to the house of a relative. John stays in the Amish community to protect Samuel, and to give him time to think of how he's going to solve the situation. 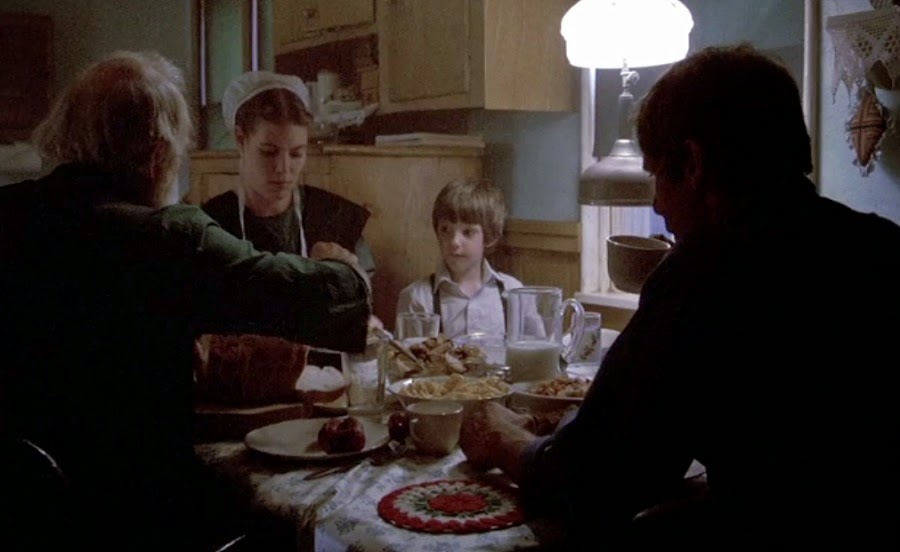 Overall I really liked Witness, and it was even better than I expected. It was nominated for the Oscar for Best Picture back in 1985, and it's quite worthy of that honor. I always enjoy police dramas, and I also liked seeing a fish-out-of-water like John Book in an Amish community.
Posted by Adam at 3:28 PM

Yes, I remember that movie. It was quite good. Glad you like it too. Harrison Ford is one of my favorite actors also.

It is an excellent movie and I saw it originally when it first came out, and have seen it since on TV. Harrison Ford is one of my favorite actors and has been since playing Han Solo.

Not a movie goer, I look at things on my computer.

One of my all-time favourite movies! And Harrison Ford's finest performance too, in my opinion.

cool! thanks for shearing!

OOO, this is my 2nd favorite movie ever made. I've lost count of how many times I've seen it ...and fall in love with HF more each time.

That is the Philly I remember. The scenes and sound inside 30th St Station still thrill me, Adam

I remember that movie. I enjoyed it.

I forgot all about this movie. I saw it a long, long time ago, and think I liked it too.

Every time I see Kelly McGillis, I think of that episode of Family Guy, where Ellen Barkin was damaged while being made up in heaven and He said, "That's okay, we'll put you in the 80s where all the actresses were ugly." Kelly McGillis was the actress they used! Mean, I know...but it is weird that in the 70s and 80s, it seemed you didn't have to be all that eye-pleasing to become a famous female celebrity. Shelly DuVall, Margot Kidder...

I'm also a fun of Harrison Ford, and this movie; it was very good.

Loved that movie - have seen it a couple of times!

This is actually my favorite Harrison Ford movie of all-time. I loved the barn-dancing scene played to "what a wonderful world" on his car radio.

Great movie ! I love this actor :)