Fact of the Day: Frozen Dinosaurs 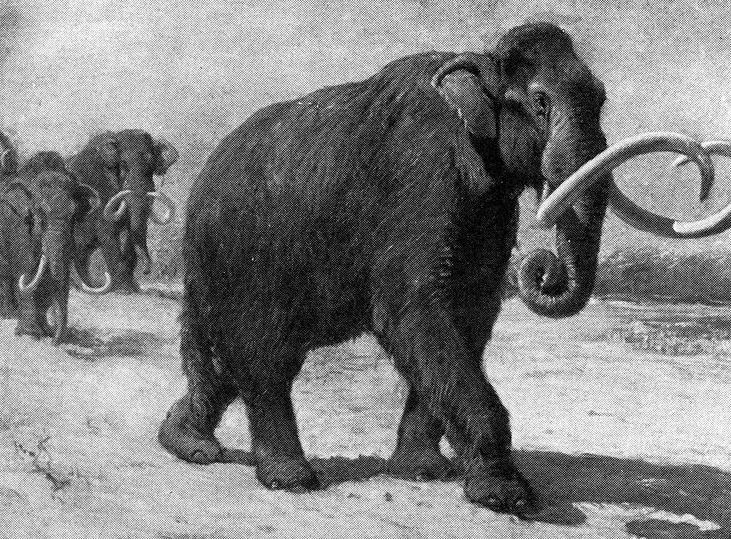 The best form for fossils to be in is frozen solid, as the ice can persevere a whole lot about the creature. Many extinct animals such as mammoths have been found in ice, as they had existed since the last ice age. But since there has been many global warm and cold periods on Earth since life began, which means eventually the ice would melt which destroys the "perfect fossil". Making the chance of finding any dinosaur (from any era) frozen in ice not only unlikely, but impossible.
Posted by Adam at 12:00 AM

Ain't that a kick.

My nieghbour has a pet mammoth, it's kept in the fridge!

Would sure be cool to see though

But gosh it would be so cool if we were to find one!!

It's predicted we 're entering another ice age. Do you know if that's true?

That would be too bad! Finding bits of history, especially so far back is amazing!

Won't it be awesome though if a dino was actually found intact like the wooly mammoth? :)

I did visit the LaBrea tar pits in the LA area once...mammoths.

my country is one of the top place to find them, and we even have museums dedicated to mammoths :) Each of the found mammoths even has its own name :)

We went to the La Brea Tar Pits when we were in L.A. I recommend stopping by that museum to anyone who is ever in the area. Very interesting.

There goes my hope for a pet dinosaur.

I love all things fossil, Adam, so this was fun! I've enjoyed catching up on your recent blog, especially your family photos. Little K was so cute trying to figure out the video game player, and you cracked me up with your teasing of Zach! Our family loves to do tease each other too ~ especially when playing games! Have a great week!

Thanks for that information.

We are apparently in a ice age, this is just a break in the age. What we think an ice age is like is called a glacial period, which we are not in.

Too bad. It would be super cool to find one!