Fact of the Day: Whirlpool Galaxy 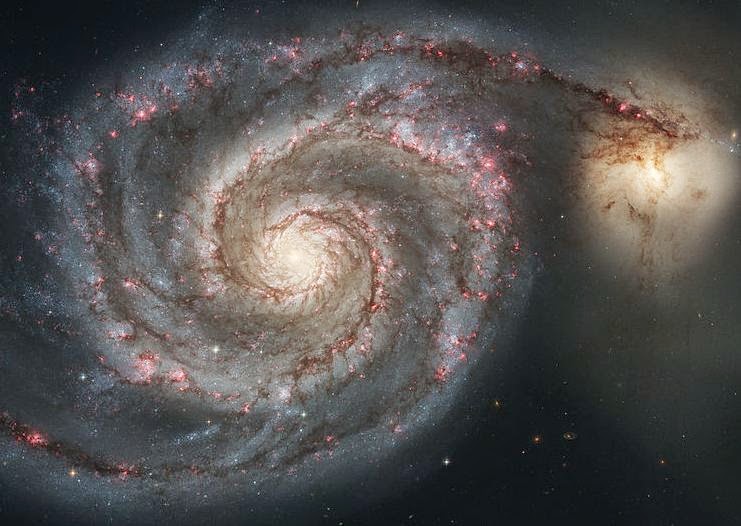 One of the earliest discoveries of a galaxy was in 1773 by Charles Messier, with later notable research done later by William Parsons. It became known as the Whirlpool Galaxy which is about 25 million light years away from Earth. It also is located next to a dwarf galaxy that interacts with it.
Posted by Adam at 12:00 AM

This photo is one of my favorite galaxy pictures. It's hard to imagine that we've only known about galaxies less than 300 years. Look how far we've come in such a short time!

Stunning photo:) And Adam, find someone with HBO so you can see the season online!

That is really cool!

So much out there

Another world up there.

The sacred spiral of life in action!

The Whirlpool Galaxy is easily identified by the millions of kitchen appliances in its spiral arms.
Too silly for early in the morning? Sorry.

Hard to comprehend all the stars in that amazing spiral.

Nice name for a galaxy and the other, too, ( Dwarf galaxy) Kisses:)

Crazy how early people have been discovering these things...and yet the church didn't want to hear it.

So pretty, and so interesting all the universe holds!