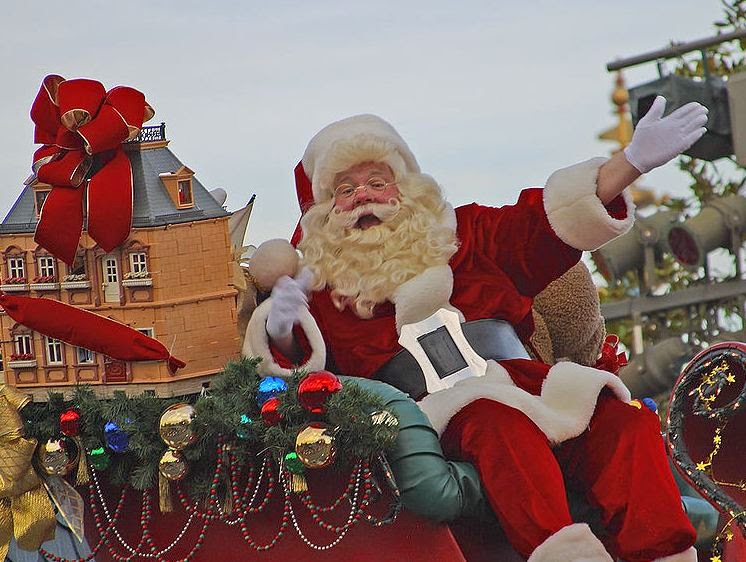 Shortly before Thanksgiving this year, I was getting a few groceries, and noticed a guy in the aisle that looked a lot like Santa. On the way out he happened to be in line as well. Turned out he thought he looked like Santa so much he wore a Santa shirt and handed out photos of him in the full Santa suit to anyone who asked if he was Santa. One little girl asked him if he was the real Santa, and while she was skeptical at first, she happily waved bye to Santa as she left with her family.
Posted by Adam at 3:00 PM

Too bad he wasn't handing out coupons for a nice thick steak!

One man on the street where I live really look like real Santa.

That was a smart little girl. Never question a Santa during this time of year.

In our local paper, there is a picture of Santa with the guy's real name. I thought that was odd.

Well, Santa's gotta eat, too. I wonder what kind of meals he prepares.

This day and time, you need to be careful. People do some crazy things around holiday times.

lol taking the resemblance to heart

Probably makes some money as a santa

We have guy like that here too. He even drives a huge, shiny red truck and the license plate says Santa on it. I wish I would have gotten a picture of him last time I saw him out and about. My kids would have went bonkers to see Santa in the "off season".

Santa is as Santa does