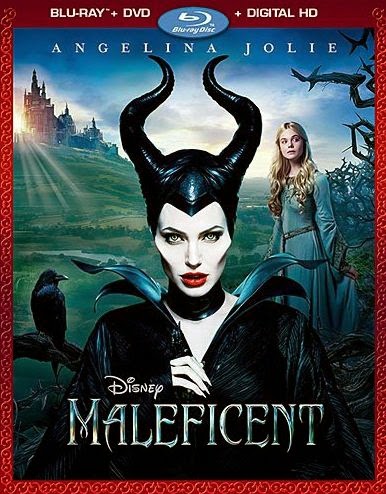 I don't ever recall seeing the original Disney version of Sleeping Beauty as a kid. Though I was mildly interested in seeing this new twist on the story. One of the biggest changes is that the story is told through the perspective of the sinister Maleficent. The story begins with young life of Maleficent. She lives in a magical land, but one day she meets a young man from another kingdom. While they live in different worlds, they fall in love. However Stefan goes back to his world and only returns after Maleficent has mortally injured his King in a war started by humans. The monarch promises the throne to the man who grants him his vengeance.  Stefan betrays Maleficent but spares her some mercy as he took away her wings. When the new King Stefan has a daughter, Maleficent creates a curse to torment her ex-boyfriend in revenge. 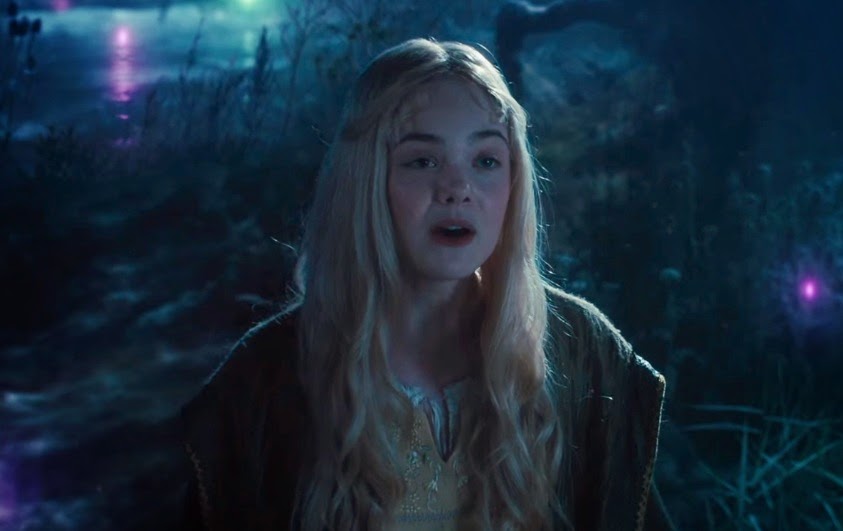 Maleficent says Princess Aurora will fall into an unbreakable deep sleep on her 16th birthday. King Stefan hides Princess Aurora by entrusting her care to a trio of adoptive mothers. However Maleficent finds her and watches Aurora grow up, but one day the princess meets her in person. Maleficent begins to lament her curse when she begins to care for the girl. 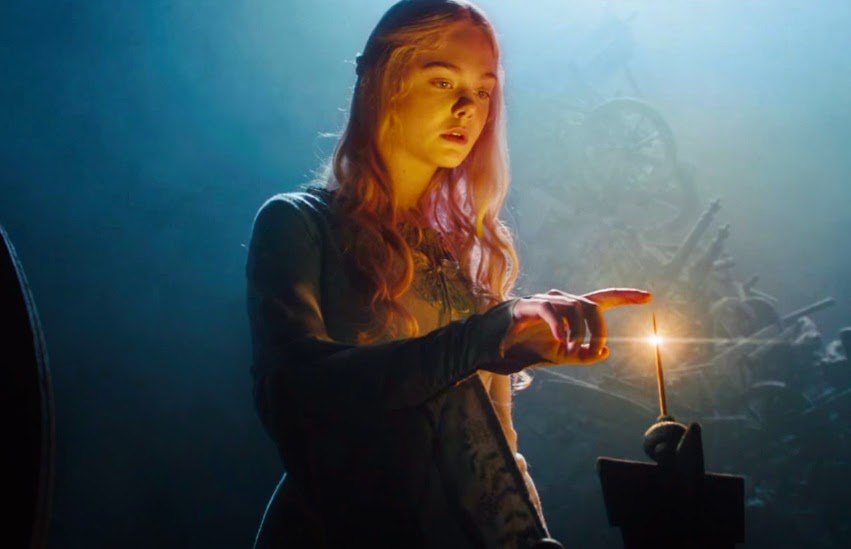 Overall Maleficent was about as good as I figured. A decent re-imagining of a classic tale, but nothing terribly special. I really doubt it will replace the 1959 Sleeping Beauty movie as the preferred version of the story. Especially with some of the drastic changes to the plot.
Posted by Adam at 3:00 PM

Yeah it was nothing big, but okay to watch once

I haven't seen it and don't plan on it. Just not my type of movie.

I saw it and enjoyed it for the interesting twist, I liked Angelina Jolie in the role. She made a very interesting Maleficent. Great review!

I haven't seen it but I would like to!

Probably your "mild" interest is because one of the worlds most beautiful females is in it...I'm not sure I care about seeing it but if JOHNNY DEPP was in it, I'd be first in line at the ticket office. lol

I really like Angelina but have not seen this yet. It would be interesting to see the back story of Maleficent considering I grew up loving the original Sleeping Beauty.:)

I wondered if this was any good!

I absolutely loved this movie! Much better than the animated one. We ended up buying it, which is something that we normally don't do!

I plan to see it.

Not many people like a change to the storyline.

Love your review
This film is fantatic!

I'd intended on seeing this but it seemed to come and go real fast at the theaters. Maybe I'll see it if it comes to TV.

I must see this movie !
Angelina Jolie is amazing ! :)

I fell asleep. Maybe I was tired. Yes?

I remember seeing the original movie as a kid. Scared the shit outa me. Pardon my Swedish.

I was told to boycott this movie

Actually I REALLY loved the movie. I especially thought it was cute that she used her own daughter to play a young Aurora.