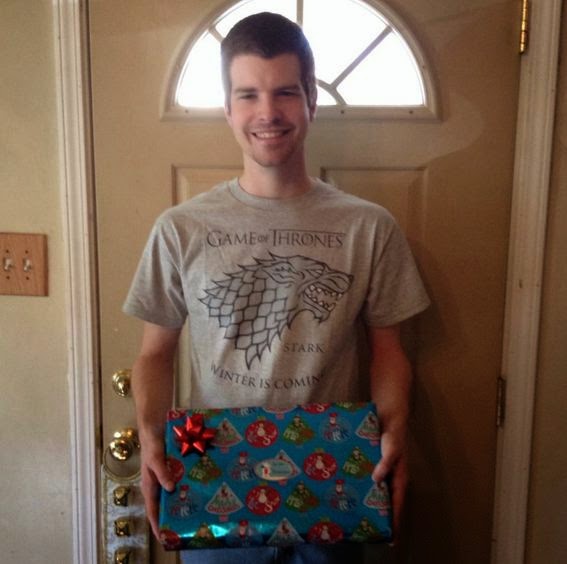 As I get older, Christmas isn't so much about the presents. Though it is nice to a get a few things for the holiday. This year was the first I've seen the show Game of Thrones, and I've already seen three seasons. One of the things I asked my mother for me to get was a t-shirt of the show's House Stark with their house sigil, the direwolf. 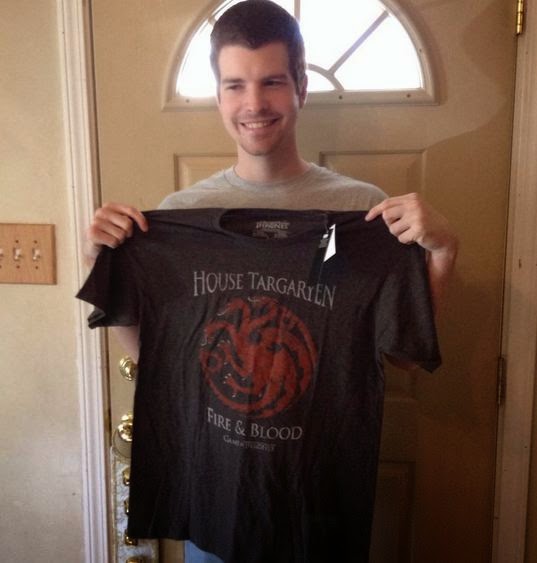 One of the things Daisy got me was another shirt, this one for House Targaryen. On Game of Thrones, Daenerys Targaryen is one of my favorite characters. 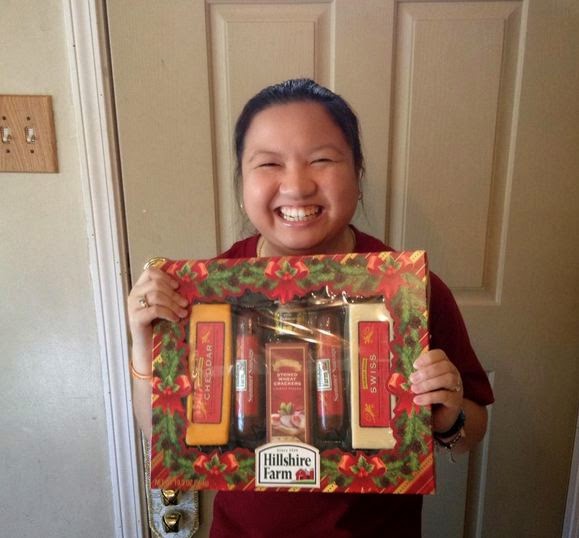 Guessing by Daisy's huge smile, this might of been her favorite present of the day. I got her a TV as birthday present, and the blu-ray player was an early Christmas present. So this was something extra, so she'd have something to open on Christmas day. 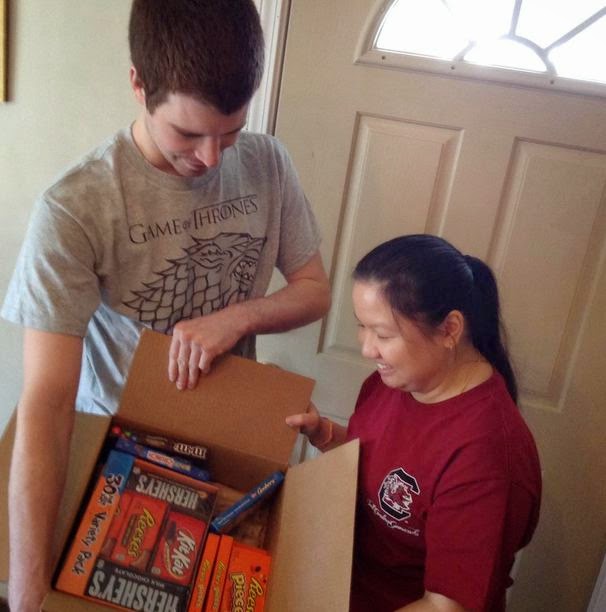 My mother also got us a big box of candy. I also had gotten some about a week ago, so Daisy had quite a bit to divide in half.
Posted by Adam at 3:00 PM

You both look great! Happy Christmas

big box of candy is always the best present ever.

I don't have any Game of Thrones T-shirts, but last Father's Day mrs. C. gave me an authentic Game of Thrones dragon egg. it's on our coffee table. So far it hasn't given any indication it might be getting ready to hatch

LUCKY YOU, AT LEAST, YOU GOT WHAT YOU WANTED. YOU LOOK NICE IN IT TOO. MOTHER'S ARE THE BEST.

Nice haul indeed, that candy will last a long time

My twins would love this T-shirt they both love games of thrones!!

You both look wonderful, and very happy! It sounds like a great Christmas.

Marvelous Christmas, you both looks so happy ! :)

Edible gifts are my favorite too! Especially when they come covered in chocolate :)

Oh my! You are such a generous sweetie, Adam. Daisy is a lucky girl! So you're another t-shirt fan, hunh?

Daisy looks like a little kid with her big smile. I love seeing that.

such lovely presents! And GOT gets unbearable after fourth season