Fact of the Day: Emperor Antoku 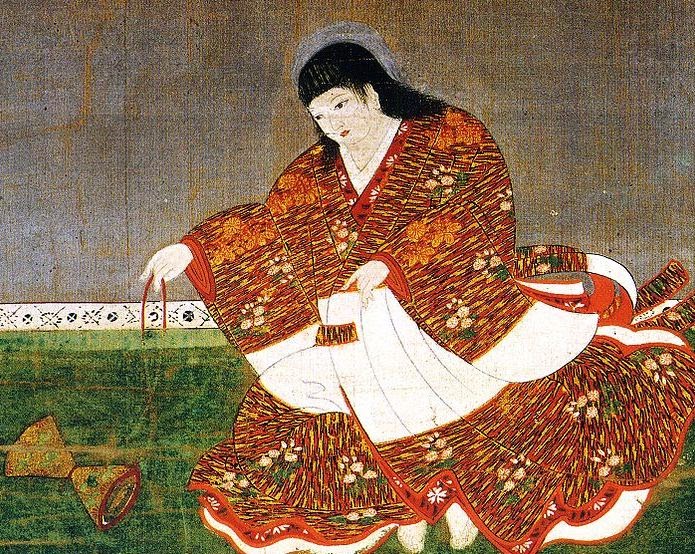 During the 12th century, there was a war in Japan called the Genpei War. Two clans disputed the reign of Emperor Antoku on the Imperial Throne. The war ended at the Battle of Dannoura, which saw a victory for the Minamoto (Genji) clan.  The opposing side, the Taira Clan supported the Emperor who at the time was only eight years old. When it was clear that they lost the battle at sea, Antoku's grandmother took her Emperor grandson and threw themselves in the sea rather than to be captured.
Posted by Adam at 12:00 AM

And that little boy had no idea what was happening...

Only 8!!this was quite common for kings in these past.Happy day:)

One way to learn how to swim!

Thanks for shearing, dear!

how dare those minions oppose the imperial throne???? :)

Awful indeed, but maybe they swam away

Not a fate anyone would want

There's always a downside to being born privileged. In this case--death.

omg. he's only 8! but still, one must make choices in order to live and survive.

I've always been very fascinated with Japan, I hope I get to travel there one day. Have you been there? Thanks for stopping by my blog Adam and leaving me such a supporting comment :)

I guess that might have been better than being captured and not knowing what sort of torture they'd go through before death anyway.

Legend has it that crabs in the region now have faces of those who died on their shells.

I just looked it up about the crabs. Here is the web address:
http://www.ancient-origins.net/myths-legends/legend-heikegani-samurai-ghost-crabs-002049