Fact of the Day: Jesse Reno 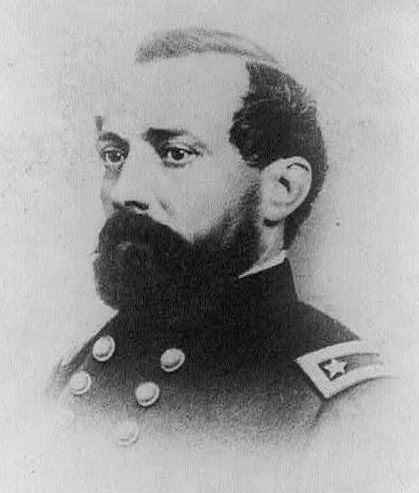 Reno, Nevada is named after a Major General named Jesse Reno. The Major General was known as a "soldier's soldier" as he fought alongside his men. He was a veteran of the Civil War, and the Mexican-American War, He died in the Civil War at the Battle of South Mountain.
Posted by Adam at 12:00 AM

Email ThisBlogThis!Share to TwitterShare to FacebookShare to Pinterest
Labels: civil war, fact of the day, nevada

Wow. That is really interesting Adam.

Adam, you are the king of history trivia:D

I hope he was a proponent of gambling while he was alive and not some kind of puritan who was opposed to it.

I didn't know this one!

Its so sad how many people die in war. Why can't we just all agree to disagree and live in peace?!

Yep, that's true. I learned that a few years after moving to Las Vegas and going to one of the history museums that are here.

Hopefully he likes the gambling there of today

I've heard about him, of course, but now you've made me curious to learn more.

Interesting point, I didn't know about this fact.Kisses:)

Didn't know these facts about him.

In war sometimes it's a gamble...

Seems that he was a good and brave man!

Seems that he was a good and brave man!