Fact of the Day: Sophist 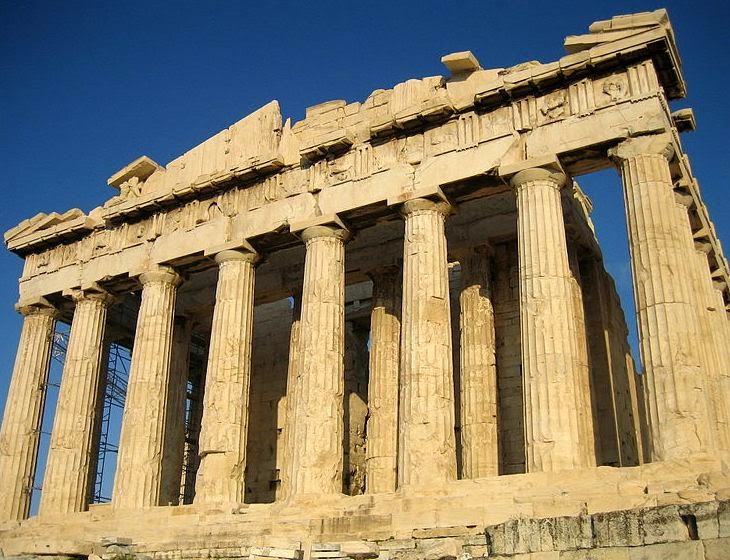 During the days of Ancient Greece (and later the Roman Empire) there was a group of teachers called the Sophists. While they suffered criticism for only teaching those who could afford it, they were often consider some of the era's most brilliant minds. They also challenged religion, as many Sophists doubted the gods, and if they had any affect on day to day life.
Posted by Adam at 12:00 AM

Email ThisBlogThis!Share to TwitterShare to FacebookShare to Pinterest
Labels: fact of the day, greece, Rome

Everyone challenged religion until Constantine.(smile)

Good doubts to have

Maybe almost too smart for their own good.

interesting. At least they were brilliant.

Those guys sure spent a lot of time thinking, the wealthy ones, anyway.

We can impart upon you the wisdom of ages, now just 3 easy payments of $29.99 plus shipping and handling and a very reasonable convenience fee!

All makes sense to me (except the being able to afford an education part).

It reminds me of a board game I played over the holidays called Mare Nostrum. One of the important aspects of it is that a player (perhaps ancient Greece) can be the High Priest and make offerings to the gods that help in battle.

Sounds like a smart bunch, but jerks for only wanting to teach the wealthy.

I remember that Adam! You really know a lot of things:))

They must have been brave thinkers.