Fact of the Day: Truman and Graham 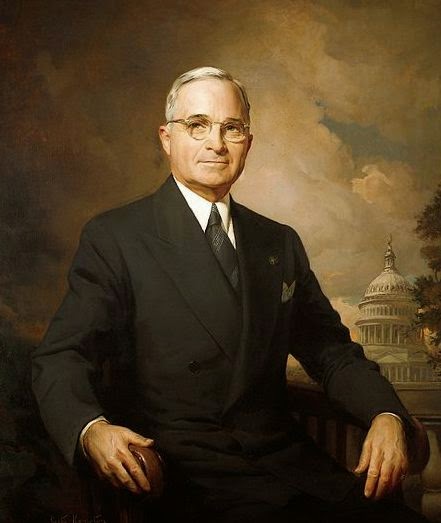 While Christian evangelist Billy Graham has met with many former presidents, the first president he met was Harry Truman. While Eisenhower and Johnson considered Graham one of their closest friends, Truman was far from impressed. Truman would later say "He claims he's a friend of all the Presidents, but he was never a friend of mine when I was President. I just don't go for people like that. All he's interested in is getting his name in the paper."
Posted by Adam at 12:00 AM

Email ThisBlogThis!Share to TwitterShare to FacebookShare to Pinterest
Labels: fact of the day, Harry S Truman

Everyone has a right to their opinion.

Many years ago I went to see Billy Graham who was speaking in my home town. The stadium was packed, and there was such a feeling of well being and love all around. It was a wonderful sermon.

I haven´t heard about Billy Graham, I will take into account since now .Kisses:)

I need to read more about President Truman.

He was right. It was all about fame and fortune to that guy.

He wants the spotlight

Was he not the President that built the White House?

I've never been a big fan of Billy Graham. Or Franklin his son. I just have a problem with people who cash in on God.