Fact of the Day: Utnapishtim's Ark 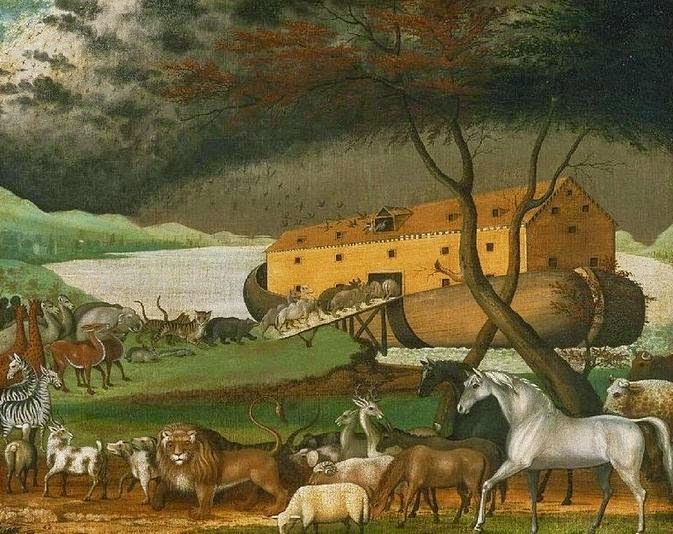 Cuneiform was one of the earliest forms of writing in human history, and many stories were written in it. The most famous was one of the earliest, the Epic of Gilgamesh. Gilgamesh was Hercules-like character who had many adventures and was also a king. In the story, Gilgamesh meets an ancient man named Utnapishtim who told him that the god Enki had tasked him in making a boat to survive a world-wide flood that wiped out everything that was not on the ship.
Posted by Adam at 12:00 AM

Gracious! This is very interesting!

So, where was Noah?

Good timing on this post, Adam. I just started watching Noah on Netflix:D (haven't finished it yet though)

I remember writing essays on both of them in high school, got an A of course :)

Have to be one sturdy boat

Interesting, so the story about Noah came only later? Thanks for stopping by my blog Adam :)

A very interesting bit of info!

One of many accounts... so there must have been a flood. But what was considered "world wide" back then?

Thanks for sharing this information, Adam. I did not know that. So there is more than just one version of this Very interesting. Sounds like there was a natural disaster at some point.

That's a strange drawing of the ark. Special.

Love to read these interesting facts!

Sounds familiar, doesn't it? Another reason to accept the Bible as a collection of moral stories and not something to be taken literally.

probably a half-mile. it was the bronze age after all