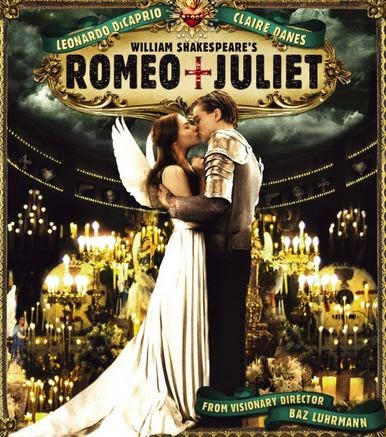 I don't remember Romeo + Juliet coming out in 1996, but I remember hearing of it a few years ago. Daisy and I needed a movie to watch, so I suggested this one just because I knew she liked Leonardo DiCaprio. I then remembered how much I couldn't stand him in the 90's. I also had no idea that this one is a modernization instead of it set in the original time of the play. 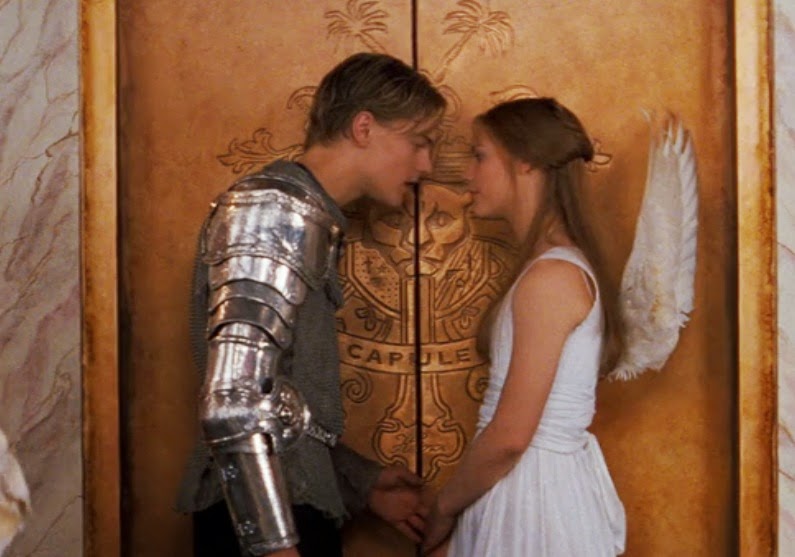 As I said, this Romeo and Juliet is not set in the olden days. Nor does it take place in Italy nor any other place in Europe. But rather in the 1990's in a city known as Verona Beach in America. In the city, the Capulets and the Montagues are constantly fighting each other. However Romeo Montague and Juliet Capulet meet by chance and fall in love at first sight. 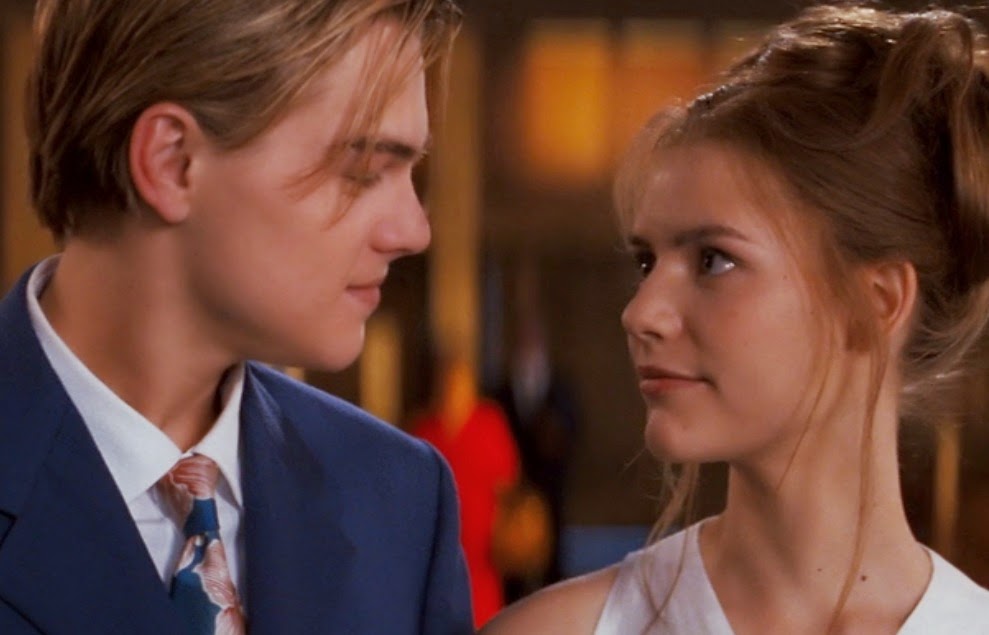 Despite their family's issues, they intend to marry. Despite Juliet being promised by her parents to the Governor's son. Though even if the Capulets like Romeo, things won't be easy. Especially when Juliet's cousin Tybalt decides to cause trouble for Romeo. 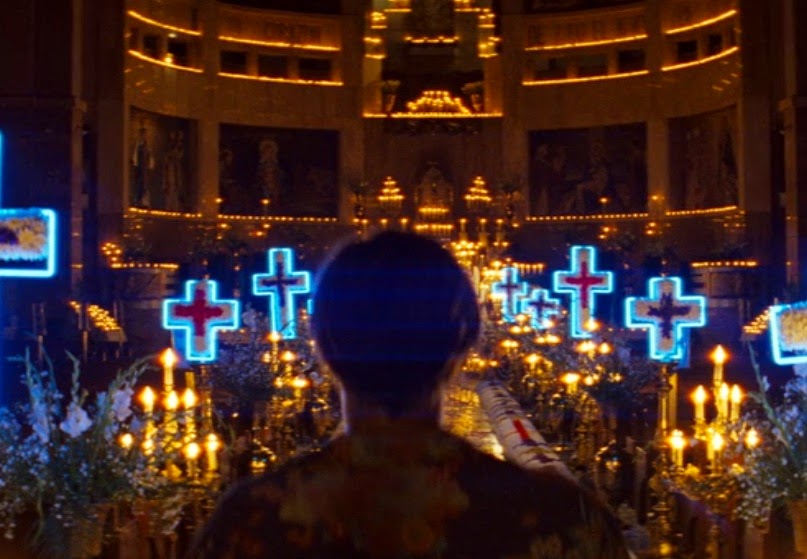 Honestly I've never liked Shakespeare nearly as much as my English teachers. The "ye olde" speech hurts the story (in my opinion) and despite this movie being set in the 20th century, everyone talks like it was 1597. The new modernization is rather awful, I'm sure they thought they were being "cool" making this one but the scenes with the families of both Romeo and Juliet are either mundane or laughably stupid. Apparently most critics seemed to like in the 90's, but I think it's a literal tragedy.

I haven't seen it, but I heard Leonardo was sick with the flu for most of the filming.

I loved the one made in the sixties, haven't seen this one.

Leonardo DiCaprio? I must to watch this!

I am not into watching that movie....I remember a lot of talk about it at the time.

I saw this one at the theaters when it come out. My friends and I sat there like "wtf" because it was just weird and all over the place. Not cool. I think your D+ is being generous.

Never seen Romeo and Juliet movie before, but sure love the Ballet!

and the Bertolucci in the 70's

I didn't see this one.
I was totally in love with LD until I saw him in that Wall Street thing. Now, i am no longer a fan.

I didn't even hear about this one. It's modern, but they use old English?? Weird.