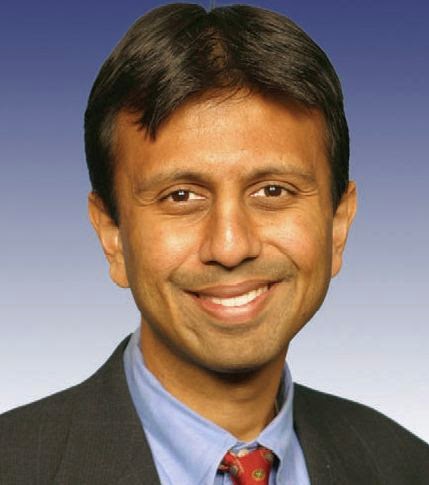 Louisiana's Governor Bobby Jindal recently commented on Alabama's struggle in accepting a ruling that a federal court had done which brought marriage equality. Jindal urged that Congress needs to pass a constitutional amendment that would prevent even the Supreme Court from over-turning individual state laws. I hate to break it Jindal, but if your state law contradicts the Constitution, then it is not really a law. Besides the Supreme Court is the last defense against lunatic politicians that preach "small government" but try to pass laws that invade people's personal lives and deny their rights.
Posted by Adam at 12:00 AM

why does he have such horrid hairdo and bad photo if he is a governor?

Jindal may be a governor, but he doesn't understand that it's the Federal Government that decides the law of the land, and our laws are finalized by the Supreme Court. The Civil War determined which was more powerful, State's laws or Federal Laws.

Yeah, that middle part must go.

Some states are not required to pay income tax. Go figure.