Fact of the Day: Romantic Poet 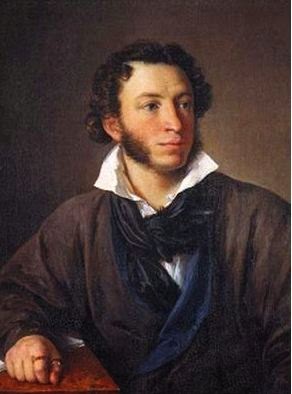 Alexander Pushkin was a 19th century author who is considered the one of the greatest Russian poets, and the father of modern Russian literature. He died in a duel with a man who was in love with his wife. Though part of this was his fault, as he defended his "honor" with a duel almost thirty times in his life.
Posted by Adam at 12:00 AM

in my days I could recite by heart quite a lot of his poems :)

29 out of 30 isn't bad I guess, though when the one failure results in death I guess one could argue that it is...

He had not a faithful wife!

I wonder if it was really about his wife, or if he was just trigger happy.

Dueling was big in those days. Thug Life!

30 times? He must have been a decent shot!