Fact of the Day: The Smithsonian 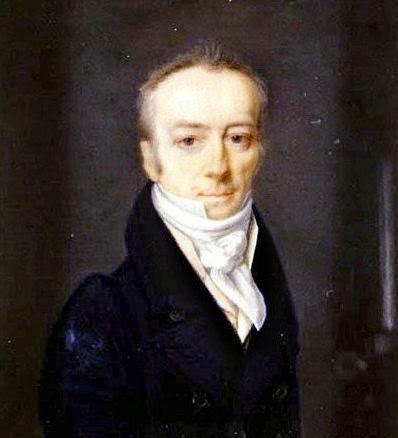 James Smithson was a English chemist who by the time he died, had a fortune. He passed it down to his nephew first, though his will said that if his nephew died without a proper heir then it would go to the United States of America. He wanted the Smithsonian Institution to be established, and it stands today as a famous group of museums and research centers in the Washington D.C. area. The odd thing is that nobody understood why he chose America, as he never once visited the country.
Posted by Adam at 12:00 AM

That's interesting...he must have had a good reason for what he did.

Randomly picked it on a map maybe?

Perhaps because of the attention D.C. gets from tourists? Although in 1846 I'm not sure how many tourists there were...

That will always be a fascinating mystery why he chose America but I am happy he did. Living so close to Washington DC we have visited his museums many times. It is wonderful to be able to go to all these places knowing they are free admission. A great gift for all.

Perhaps he was a secret sympathizer with republican ideals?

That is really interesting.

Curtains in My Tree said...

very interesting I never had heard that

Curtains in My Tree said...

very interesting I never had heard that

I did not know that! My one new thing for the day!

Ive never heard about him

Well, thank Mr. Smithson! It is one of the most amazing treasures we have. In six days, I still did not see it all.

Oh my! This is so interesting to know. Thank you.

Such an interesting fact.