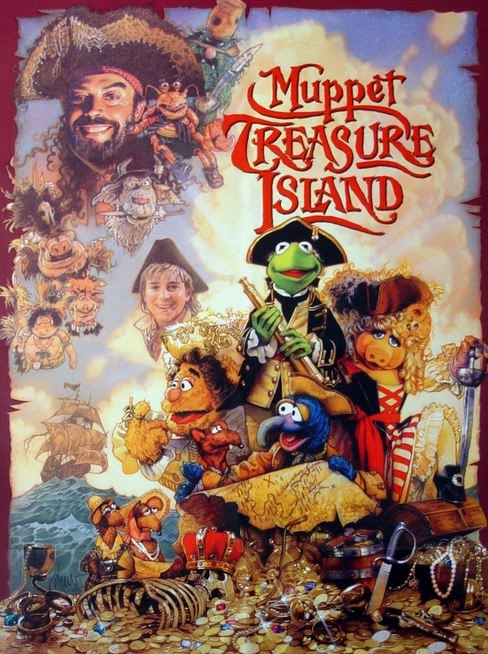 I've never read the original book, but I have seen Disney's Treasure Planet which is based on the book but set in futuristic space. I had really liked The Muppet Christmas Carol, so I really wanted to see this one. Though I would say you should see a more serious version of the story (or read the book) before you watch this one. 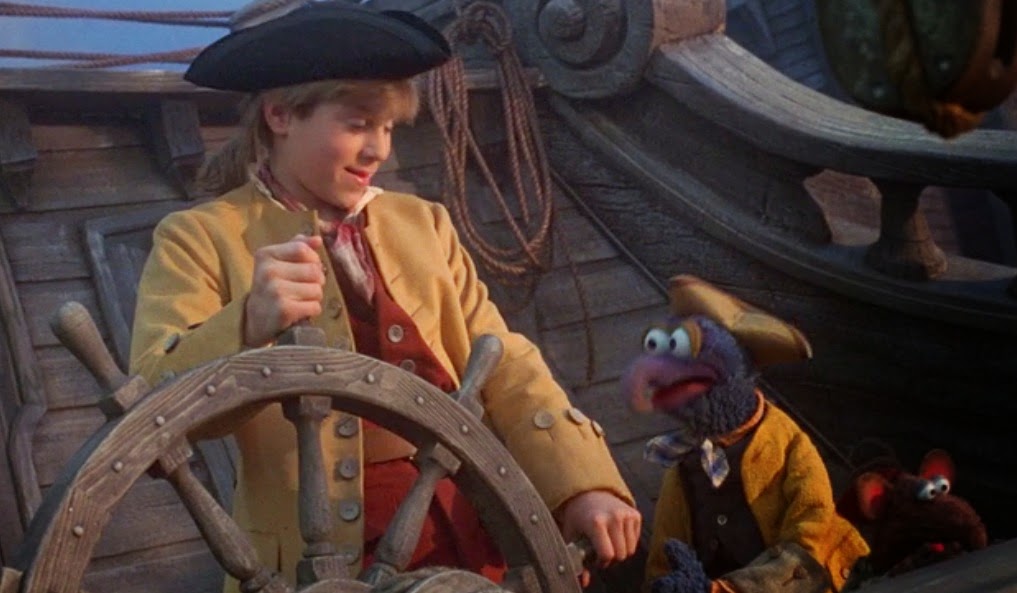 The film begins with a boy named Jim Hawkins, who gets a map that leads to buried treasure. He was bored in life and wished to sail the sea rather than work at an inn. When he gets the map, his wish comes true. When they board the Hispaniola, they realize that this mighty ship will take them to a grand adventure in the Americas. 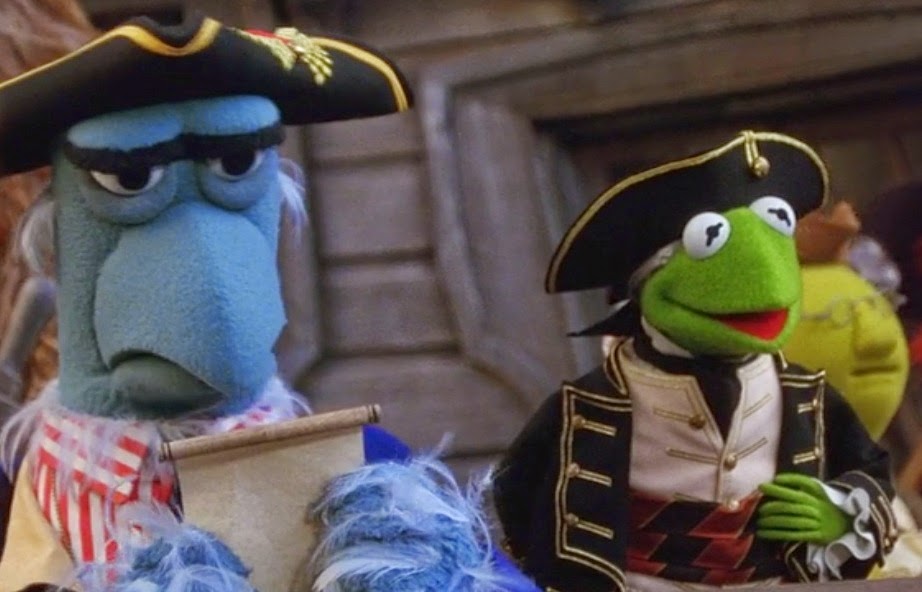 The ship's leader is Captain Abraham Smollett, and when he looks at the crew he starts to panic. Most of them don't even look respectable, and he fears for the safety of their mission. The ship's cook Long John Silver befriends Jim Hawkins, but despite becoming a father-figure for Hawkins, Jim sadly learns that he's more than a mere cook. 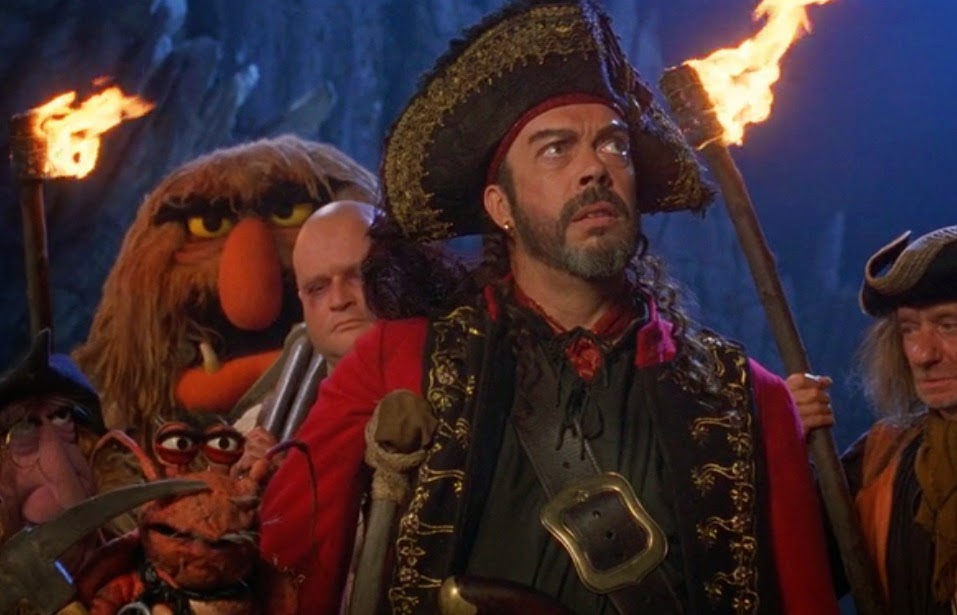 From what I heard, Muppet Treasure Island is pretty faithful to the book despite being somewhat a parody and toning down some of the book's grimmer moments. I didn't like it as much as the Muppet version of A Christmas Carol, but you can't go wrong with this one. While this is by far not Tim Curry's greatest role, I also really liked him as Long John Silver.

It's been years since I watched a muppet movie.

LOL- I had forgotten about this movie. My kids watched the Muppets when they were younger. I bet my grandkids would like it now. xo Diana

I used to enjoy the Muppet TV show but haven't paid them much attention recently. Probably my loss because they can be very funny.

I haven't seen this one, but probably won't. We weren't too thrilled with the new Muppet movies that were recently released. They just don't have the same appeal as they did when we were kids.

Tim Curry is the best :)

My grands loved it.