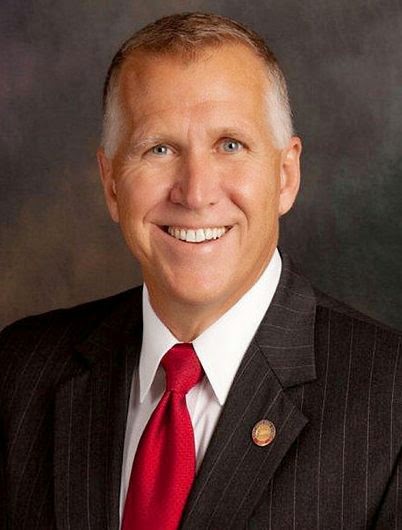 Republican Thom Tillis defeated Kay Hagan in one of the closest elections last year for U.S. Senate. One of Tillis first notable comments as a senator shows that, maybe he wasn't the best choice. He recently told a group that places should be able to "opt-out" of making their employees wash their hands. He said the "market" would fix the problem, not government regulations, but to be honest I've seen some rather awful restaurants. I recently took my fiancee to a hot dog/burger place, and while waiting for our food I took a look around and realized that I had made a mistake. If they "opted out" I would of told them to keep the food.
Posted by Adam at 11:30 PM

Shouldn't your Headline be "Senator Thom Tillis Thinks Food Workers Should (NOT) Have to Wash Their Hands? I know he's trying to make a point here about letting the market decide these things, but this is an absurd notion.

Gross. Remind me to never go to dinner at his house!

I agree. It is also a good portret.

I didn't even notice that typo

Well, with the employees only having a sign in the bathroom "WORKERS MUST WASH HANDS BEFORE RETURNING TO WORK", who knows if they wash or not.
GROSS...makes one think twice before eating out. I like to eat where I can see them wearing gloves while handling my food....SUBWAY gets a lot of our business..:)