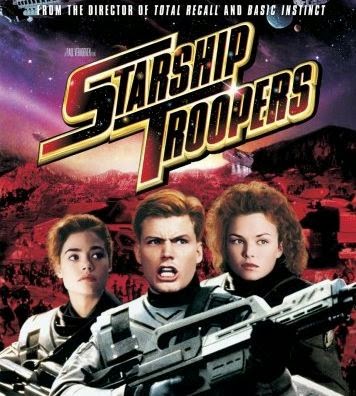 I don't think I recall Starship Troopers when it came out in 1997, but I remember hearing about it over the years. I knew it was sci-fi movie about aliens or something but not much else. It sounded like it was a worthy rival to Star Wars and Star Trek, especially since it was based on a book. I sadly learned that it doesn't hold a candle to either. 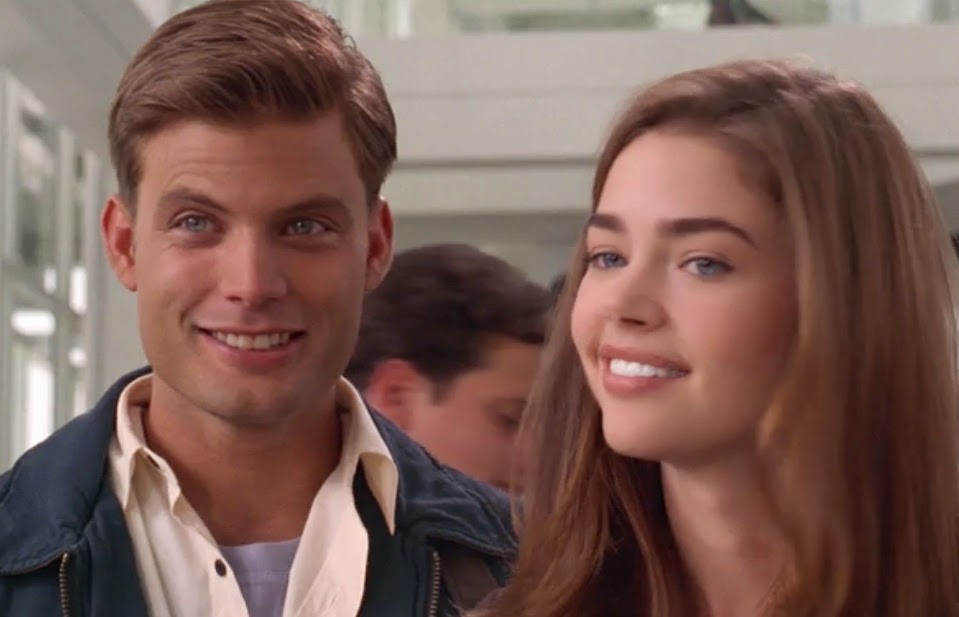 The story is set in a not-too-distant future. The world is run by a government known as the Federation, which has been at war with a bug-like race of aliens from a far away planet. The Federation is always looking for more soldiers, and Johnny Rico decides to serve. But it is only to impress his girlfriend Carmen Ibanez who's also going into the army. 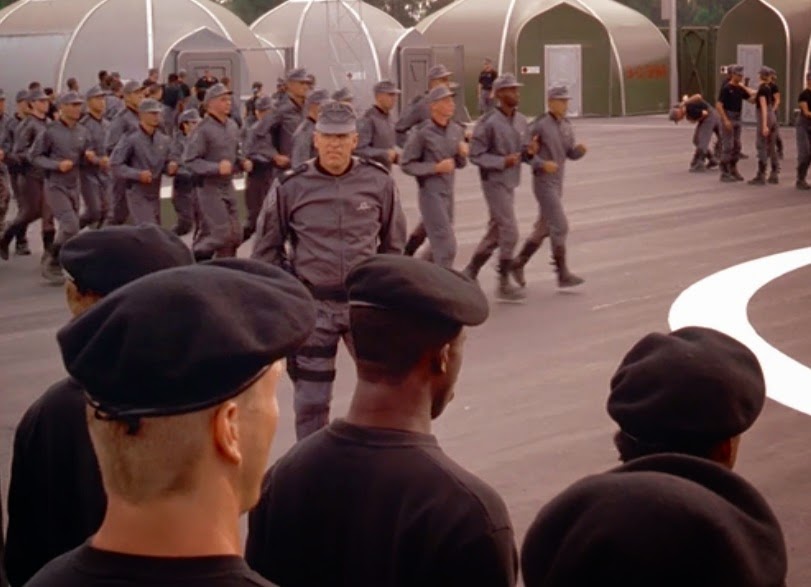 Carmen gets to be a pilot while Johnny is in the regular infantry. He wants to be a good leader one day, but he'll face many struggles starting at boot camp. Johnny and Carmen soon drift apart due to the long-distance, which makes his motivation meaningless. Johnny and his fellow soldiers will soon learn that this bug-army is something they were never prepared for. 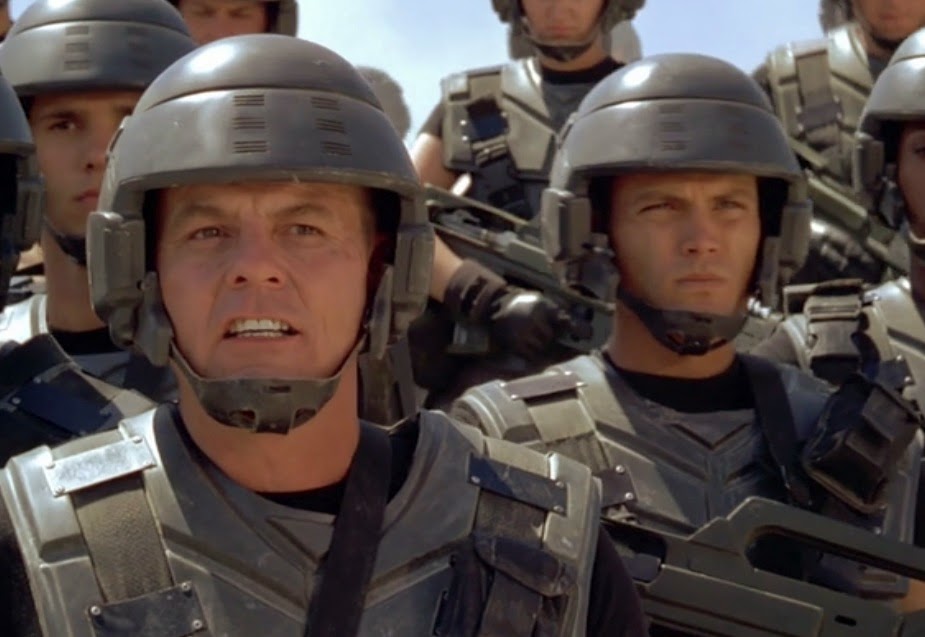 Starship Troopers might of been based on a popular book, but I hear there were many differences. I liked a lot of the moments that were goofy on purpose or satirical. The book is rather old, so it never wows with anything never seen in sci-fi. And the story has rather weak characters and had an ending that seemed too convenient. I wouldn't call it a bad movie, but I don't think it will remain memorable to me many years from now.

I'll tell you a secret...this is one movie I always watch. It's so bad it's good! And how can you go wrong with Neil Patrick Harris?!?:D

It was pretty laughable, but fun in a bad way

I don't think I've even heard of this movie before. Guess that's a good thing now!

Never heard of the movie, thanks for sharing, now I know!