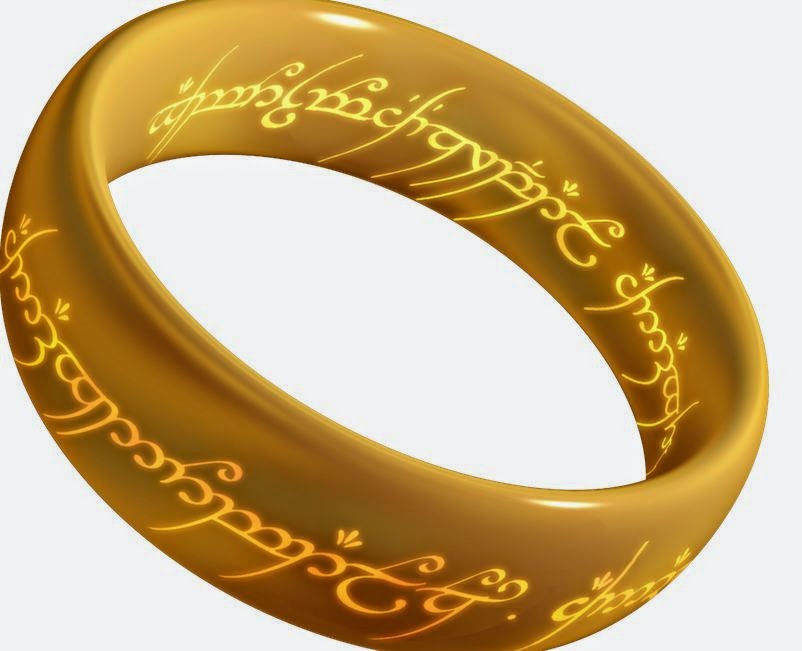 An elementary school in Texas has punished a boy after he brought a "magic" ring to class. He really liked The Hobbit (and I also assume Lord of the Rings), so he had a ring that was based on Tolkien's work. The teacher apparently didn't like when he told another class-mate that the ring had to the power to make him disappear, as in invisible. Believe it or not, but this isn't the first case against the student either. He was also punished for bringing in The Big Book of Knowledge, simply because there's a section in it about pregnancy.
Posted by Adam at 8:02 PM

Email ThisBlogThis!Share to TwitterShare to FacebookShare to Pinterest
Labels: lord of the rings, texas, the hobbit

WTF! What a way to try and kill a child's imagination! I hope that kid isn't discouraged by those morons running the school, and always holds onto fantasy and wonder!

How pathetic is that?

Good gosh, what next.

A little much, no?

How did that kid get his hands on MY PRECIOUSSSSSS?

Damn, I would have got kicked out of there many times. Pathetic

Squelching a kid's imagination and sense of wonder like that is just cruel.

I live in a religious town, and I wear a necklace that has the Harry Potter Deathly Hallows symbol on it. (The kids used to like it when it was more popular.) I get really strange looks when I wear it.