Fact of the Day: Epicurus Evolution 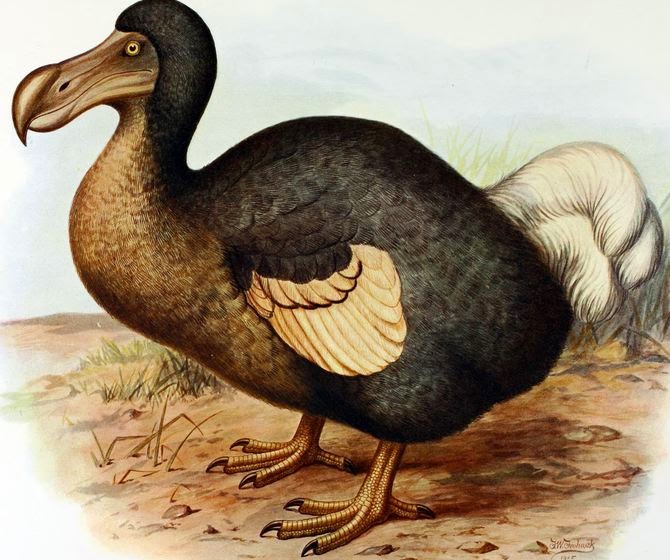 While most of what we know about biology didn't get a solid foundation until the 19th century, an ancient Greek philosopher named Epicurus got an idea about evolution mostly right, ages before Charles Darwin was even born. He thought that the idea of extinct animals was possible, and that only the most successful animals would be able to produce off-spring. Which is a key factor in evolution's natural selection.
Posted by Adam at 12:00 AM

Oh, what a wonderful bird! is it a dodo? kisses:)

yes... that's dodo. i remember i did a researched about extinct animals 3 years ago.

I didn't know that. Always associated him with food.

Epicurus was way ahead in his thinking. Smart man.

Unfortunately that theory doesn't really work with humans. There was some movie that stuck with me. The movie was stupid but the opening scene featured someone talking about how over time, the highly intelligent people began having less children while the irresponsible people had the most children, leading society to eventually evolve to one consisting primarily of the irresponsible idiots. Think about it...and look around! Who among your friends is having the most children? One of the dumbest guys my husband knows has 6 children now...not because they want that many but because they don't have the sense to do something to make it stop! I kind of fear what's going to come of all of this, but we'll be long gone by then.

Way before his time indeed. Darwin always gets all the credit

It's been said that there are no new ideas; that just might be right.

Interesting detail :) The question is if he really was the first one? Or had someone thought of it even before? Thanks for stopping by my blog!

I didn't know about that - how interesting!

A man far ahead of his time!

I suspect we still have dodos. (grin)