Fact of the Day: Faux Tuna 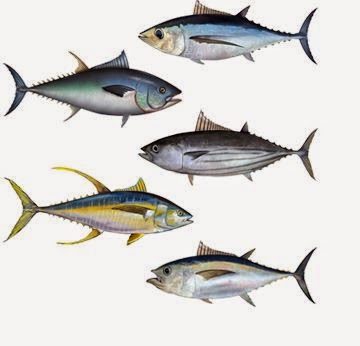 Where there are many types of Tuna, over half of the food in the United States called "tuna" isn't really tuna at all. Which happens at both the supermarket and at restaurants as well.  The fish known as escolar is commonly called tuna, and they have been known to cause health problems in humans.
Posted by Adam at 9:01 AM

I love Tuna, shame on u.

Well, you can tune a piano,
but you can't tuna fish.
Or escolar, apparently.

LOL- You mean I'm being duped at the supermarket, too? lol

I think they tell pregnant women to limit tuna fish. And peanut butter, these days.

Nice to read this information. Need to be careful in having fish...

Same is true of red snapper.

I need to be more in tune and read the labels.

Glad I don't eat anything called Tuna or Tuna