Fact of the Day: President General 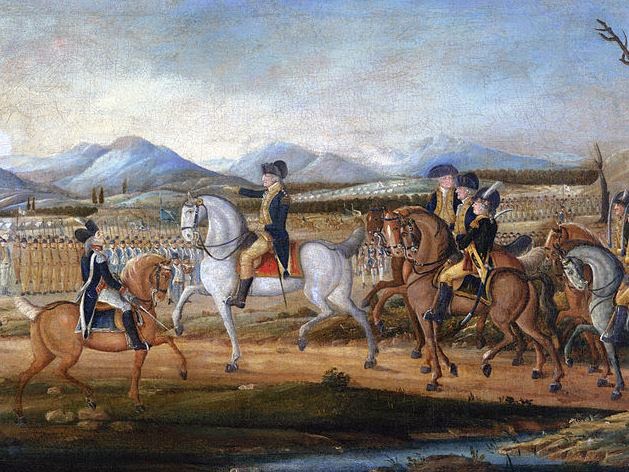 While every U.S. President has been Commander-in-Chief to the United States Armed Forces, only a very few had a very active role in literally leading a military force while in office. The only real sitting president to lead troops in the field was George Washington. He did so during the Whiskey Rebellion in the 1790's.
Posted by Adam at 12:00 AM

The one and the only - speaks volumes.

I don't think many Americans realize what a great president he was. They just think of him as the Father of our country.

That's why he set the precedence for the country we are today!! Too bad we can't follow in his m.y.o.b. policy.

We have heard of him down here...great man he was.

Just shows what kind of president he was.

All sure lack in comparison

yes, i remember learning this in school,

Didn't Madison lead troopers and militia during the War of 1812?